Fritz Overbeck: Flowers on the Fields 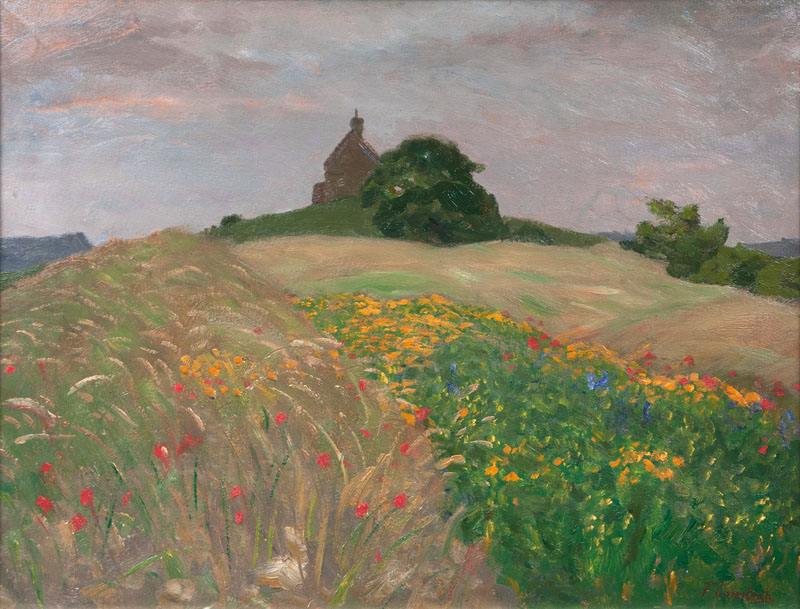 Flowers on the Fields

1906, oil/cardboard, 44 x 61 cm, lo. ri. sign. F. Overbeck, on the reverse partly illegibly inscribed 'R. M. 3 Kapellenberg' as well as label of gallery Commeter Hamburg, min. dam. - Expertise: We are grateful to Gertrud Overbeck and Dr. Katja Pourshirazi from the Overbeck-Museum in Bremen for kindly confirming the authenticity. The painting is listed in the archive of the Overbeck-Museum as no. R12. - Provenance: Fritz Theodor Overbeck, Kiel; Hamburg private collection. - One of the most important German landscape painters of the turn of the century. O. studied 1889-93 at the Düsseldorf academy, among others under E. Dücker a. P. Janssen. In 1894 he joined the Worpswede artist's colony the style a. subjects of which he influenced decisively. In 1905 he left the artist's colony a. moved to the nearby Bremen-Vegesack where he - after travelling widely - included motifs from Sylt a. Switzerland to his repertoire.