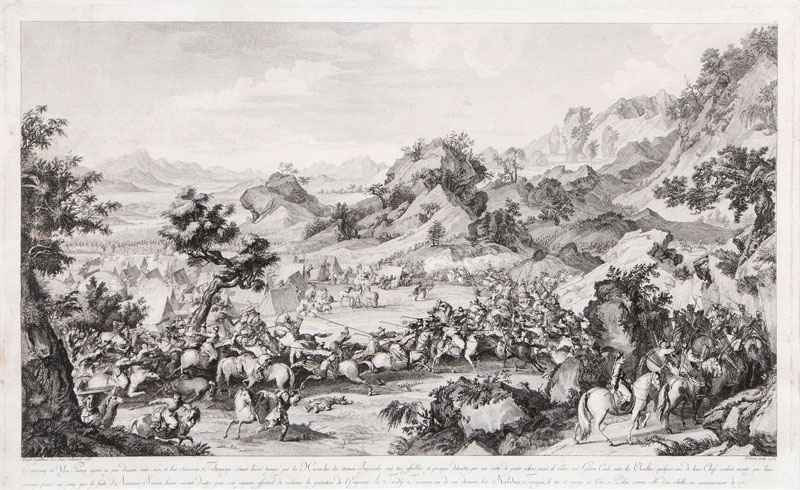 Engraving, 23,5 x 41,5 cm, lo. le. inscribed 'Joseph Castilhoni, Soc. Jesu, Delineavit 1765', lo. ri. inscribed 'Helman sculp 1784', lo. margin explications in French, matted a. framed under glass, uninspected out of frame. - From the series 'Batailles de Chine. Reduites d´apres les grandes planches que l´empereur Kein-Liung a fait graver à Paris'. To glorify his rule the Chinese emperor Qianlong (1711-1799) commissioned depictions of his military campaigns from French Jesuits. The series, executed in engraving, is unique in Chinese art history. - French engraver. H. was taught his art at the Lille drawing school a. in the studio of J. P. Lebas in Paris. He was one of the best a. most sought-after engravers of his time. Besides reproductions of paintings he made many illustrations for literary works.