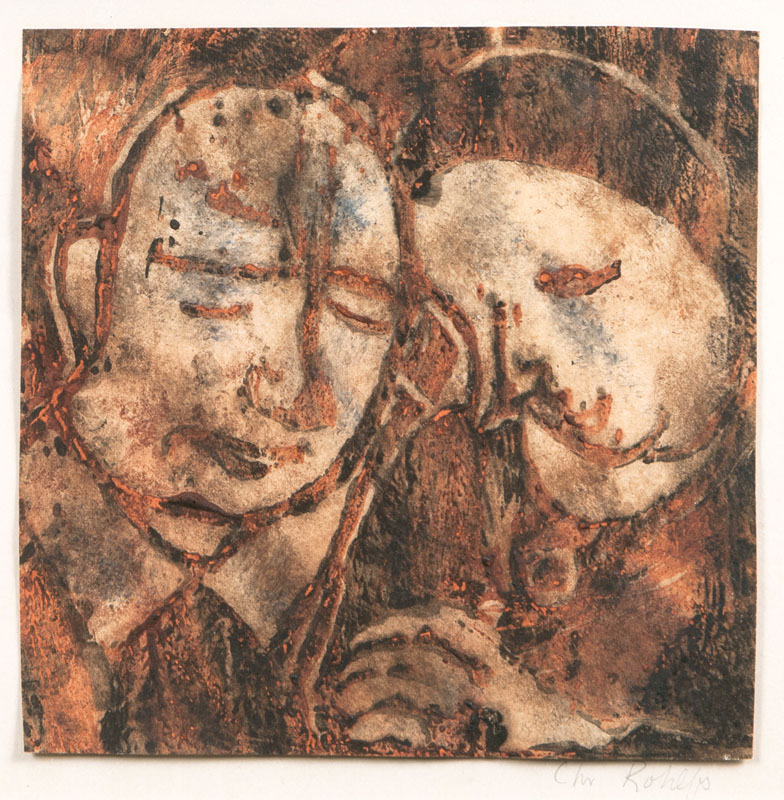 1924, Woodcut in colours, probably one of kind, 19,5 x 20 cm, on the support autographed Chr. Rohlfs, framed under glass, uninspected out of frame. - Important German expressionist painter. R. studied at the Weimar academy under P. Thumann since 1870, developed his style from naturalism to impressionism in his Weimar time. On invitation of K. E. Osthaus he became teacher at the Folkwang university of the arts in 1901. Many of his works were removed from museums as 'degenerate' by the Nazis in 1937. His art was honoured posthumously at the Documenta I in 1955.