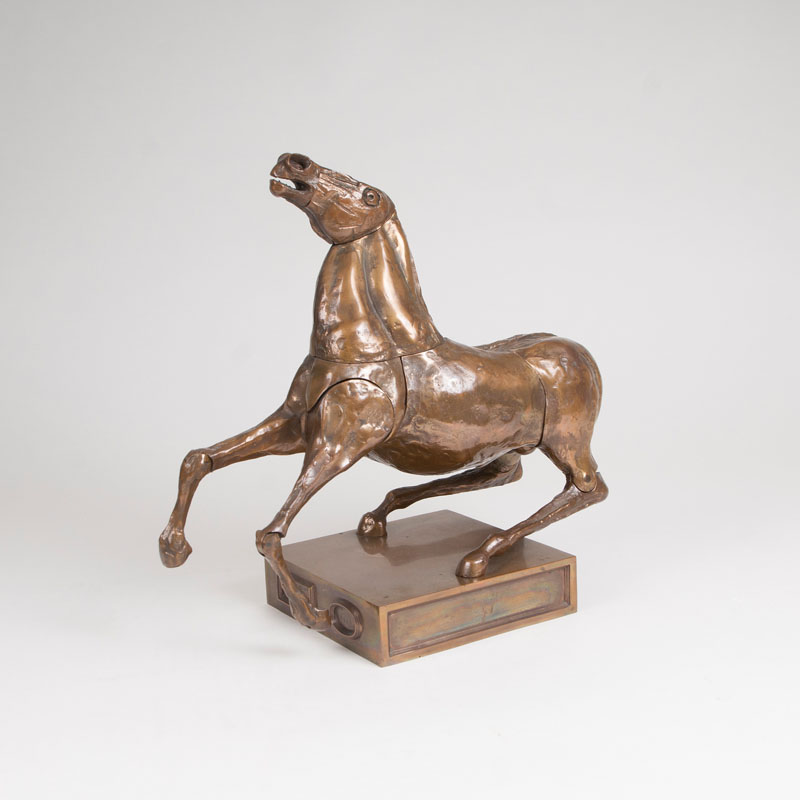 With Bruno Cassinari. 1973, bronze, sculpture made of 15 pieces, H. 36 cm, sign. in the plinth and num. '598/2000', leg sign. with the stamp 'Cassinari'. With the assembly instruction, in it once more sign. - Spanish sculptor. B. began studying architecture in Madrid in 1949 but also painting a. sculpting. After meeting Giacometti a. Chillida in Paris he definitely turned to sculpture. Since the late 1950s he began creating the typical dismountable figures. He exhibited among others at the Documenta 1964 a. received many awards. In 1966 he was lecturerer at the Hamburg Hochschule für Bildende Künste.