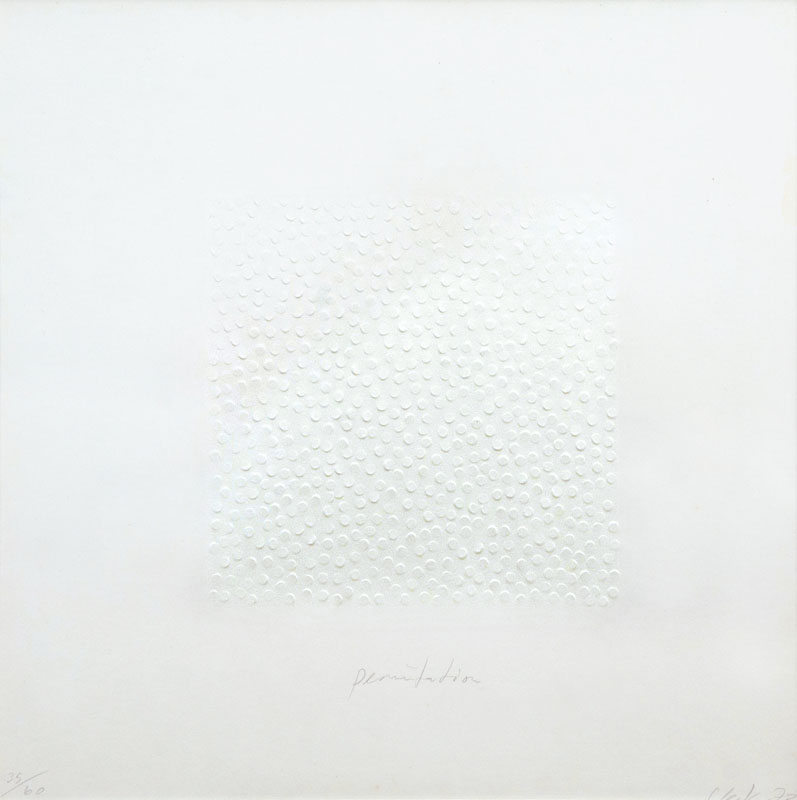 Embossing, 50 x 50 cm, lo. ri. autographed a. dat. 'Uecker 72', lo. le. num. 35/60, as well as titled, matted and framed under glass, min. dam. - Important German post war artist, well-known for using nails in his art. U. was born in Wendorf in Pomerania in 1930 and studied in Wismar, Berlin-Weißensee and Düsseldorf. 1961 he became a member of the group 'ZERO' and increasingly turned to kinetic light art. Also he designed several stage decorations and took part in Documenta III, IV and VII. U. was appointed professor at the Düsseldorf Academy until 1995.