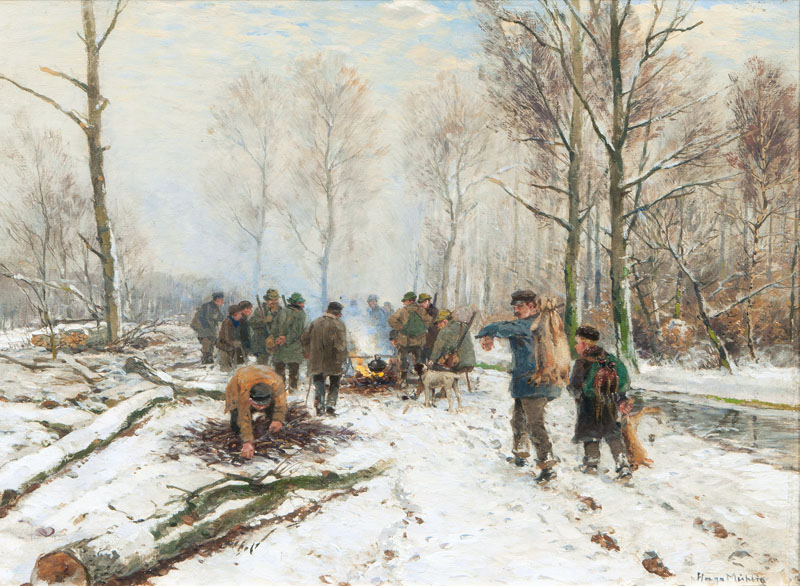 Oil/wood, 24 x 32 cm, lo. ri. sign. Hugo Mühlig. - Literature: Cat. rais.: Baeumerth/Körs 546. - German landscape painter, pupil of his father Meno. M. studied at the Dresden academy, amon others as master student of V. P. Mohn until 1880. Thereafter he settled in Düsseldorf. M. mainly depicted the lower Rhine area, Hassia, the Eifel a. the coast of the North Sea. M. spent many of his summers in the artists colony Willingshausen.