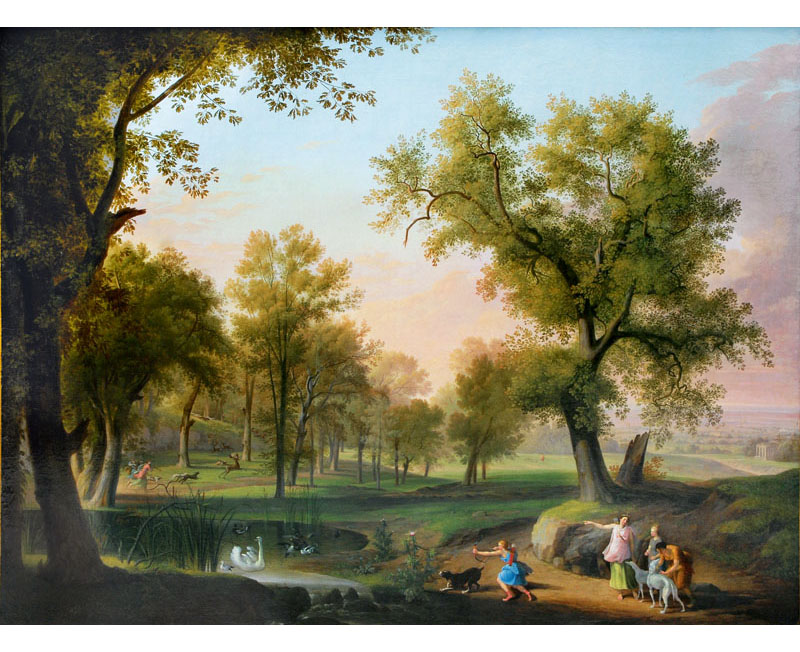 Oil/canvas, 149,5 x 200 cm, min. dam., relined. - Expertise: Helmut Börsch-Supan, Berlin, 27.02.16. - German portrait a. landscape painter from a family of artists. S. was pupil of his uncle Johann Heinrich Tischbein in Kassel since 1773. On his recommendation he became painter to the court in Oldenburg in 1783 but left that place in 1784 to continue his studies under Johann Anton a. Johann Jakob Tischbein in Hamburg a. Lübeck. In 1787 he went to Italy, where he gave up portrait painting in favour of landscape painting, probably on advise of his cousin Wilhelm Tischbein in Naples. In Rome he made friends with J. Chr. Reinhart a. A. Kauffmann. Back in Germany he became painter to the court in Kassel in 1796 a. in Eutin in 1798. In 1803 he settled definitely in Oldenburg.