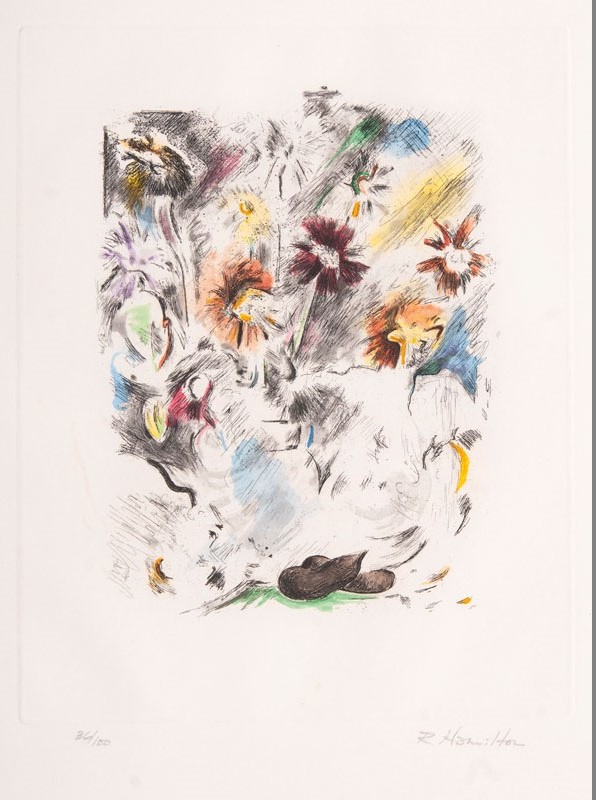 1974, etching a. aquatint in colours, 30 x 23,5 cm, lo. ri. autographed R. Hamilton, lo. le. num. 36/100 as well as blind stamp 'Crommelynck Imprimeur Paris', min. dam., unframed. - English painter, graphic artist, photographer a. sculptor. H. started his training at the Saint Martin College of Art a. Design in London, 1938-40 he studied at the London academy. After the war he continued his studies at the Slade School of Fine Arts. By integrating articles of daily use a. elements of advertising into his works he became an major early exponent of pop art, later he also worked with computer-generated pictures. He exhibited among others at the Documenta a. at the Venice Biennale. Among his awards are the Turner prize a. the Praemium Imperiale.