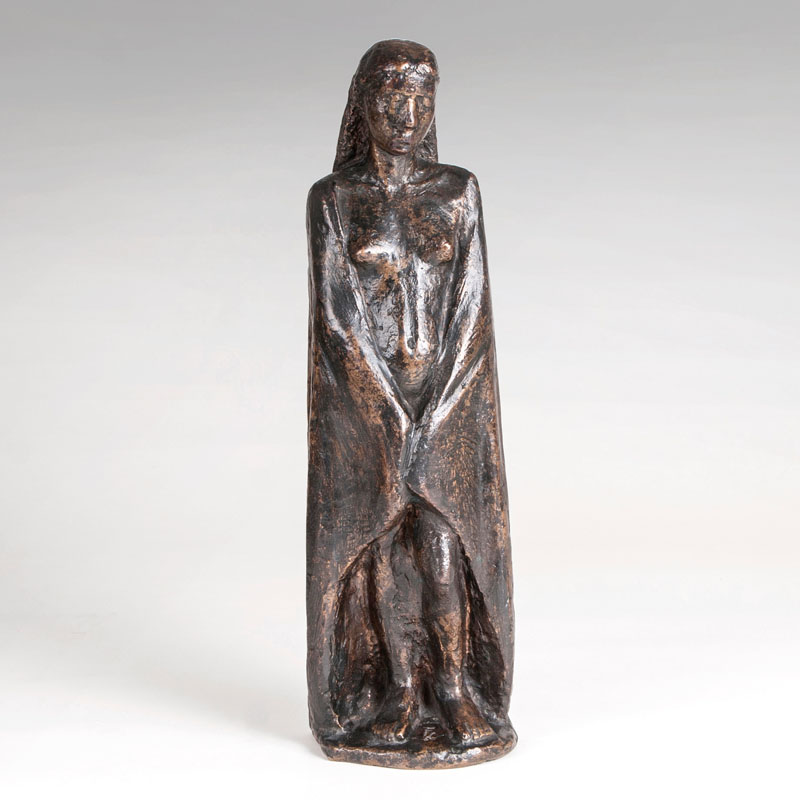 Around 1942. Bronze with dark brown patina, h. 34,5 cm, on the plinth monogr. 'FC', at the side 'E.A.' (Epreuve d'artiste). - The sculpture probably was created during Cremer's stays in Rome. After his first stay in Rome 1937/38 he was given the Rome award 1942 and spent 1943 a six months study visit in the 'Villa Massimo'. - German sculptor, grafic artist and drawer. After training as a stone sculptor in Essen Cremer became a master pupil of Wilhelm Gerstel at the Academy in Berlin-Charlottenburg, 1946 he was named Professor at the Academy of Applied Art in Vienna, 1950 move to the GDR, where he served as Vice President at the Academy of Arts between 1974 and 1983. His oeuvre contains public monuments, pairs of lovers and female nudes. However, he became famous primarily for his numerous lithografies, drawings and busts of Bertolt Brecht.