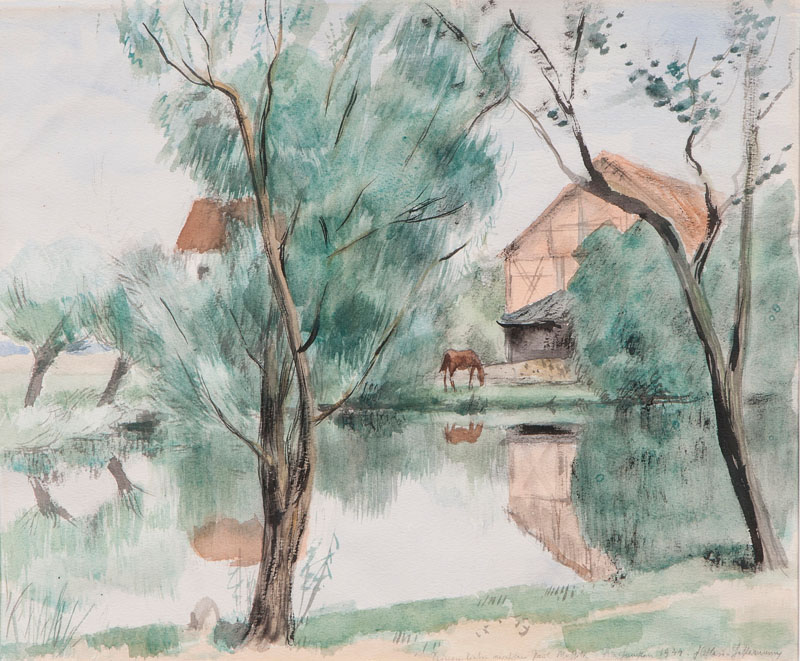 Watercolour, 30 x 36 cm, lo. ri. sign. a. dat. F. Ahlers-Hestermann 1944 as well as indistinctly dedicated, matted a. framed under glass, uninspected out of frame. - Painter a. author, trained by A. Siebelist, travelled to Paris with F. Nölken a. W. Rosam where he became pupil of H. Matisse in 1910 a. met his future wife, A. Povorina, member of the Hamburgischer Künstlerclub a. the Hamburg secession, since 1928 professor at the Cologne Werkkunstschule, dismissed by the Nazis in 1933, after the war he became a head of the Berlin academy of arts, was awarded the Bundesverdienstkreuz a. the Edwin Scharff award.