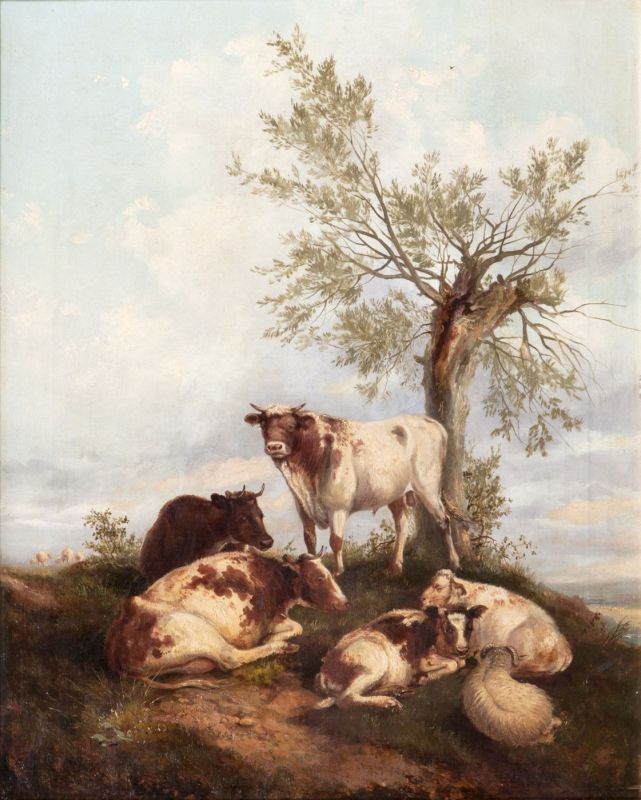 Oil/canvas, 61 x 51 cm, lo. middle inscribed T. Sidney Cooper, rest. - One of the most important English animal painters from a family of artists. For economical reasons he made an apprenticeship as carriage painter before studying at the Royal academy in London in 1824 for a short period. By painting portraits of landlords he funded a trip to Brussels where he, inspired by E. Verboeckhoven, started painting animals. Back in London he developed into a sought-after painter who among others made friends with Gladstone a. Dickens a. whose work was admired by Turner.