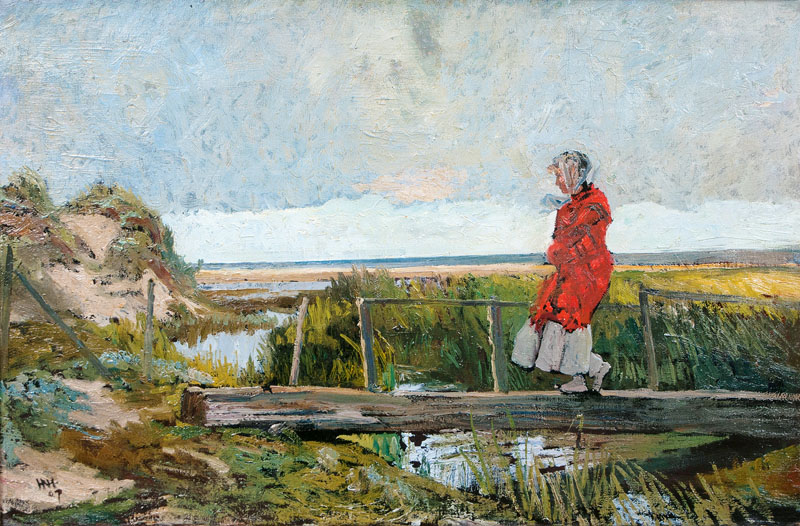 Oil/canvas, 45 x 67 cm, lo. le. monogr. a. dat. HNH 07, min. dam. - Danish figure a. history painter. H. studied 1872-76 at the Copenhagen academy a. exhibited there since 1877. 1879/80 he continued his studies in the studio of L. Bonnat in Paris, 1890/91 in the studio of P. de Chavanne. He was highly praised for fanstastic illustrations of fairy tales a. legends a. won many awards. In 1911 he became member of the Copenhagen academy. H. is also considered to be one of the most important graphic artists of his time.