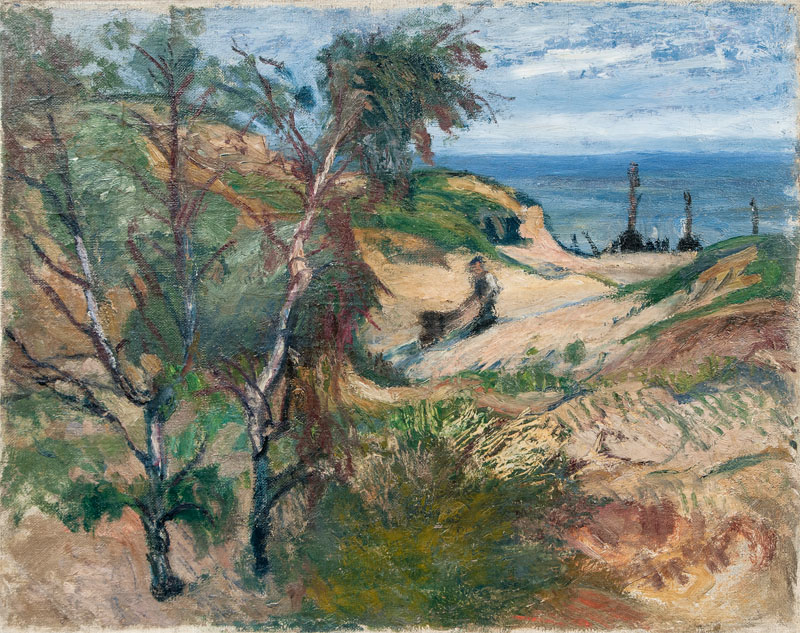 Oil/canvas/masonite, 35,5 x 44,5 cm. - German landscape a. portrait paintress. Since 1888 she studied in Berlin, Dresden a. Munich among others under C. Landenberger. After travelling Europe she continued her studies at the Académie Colarossi a. at the Académie de la Grande Chaumière in Paris under L. Simon, J. Girardet u. R. Prinet. Since 1904 she spent long periods on Hiddensee the landscapes a. men of which became distinctive for her oeuvre.