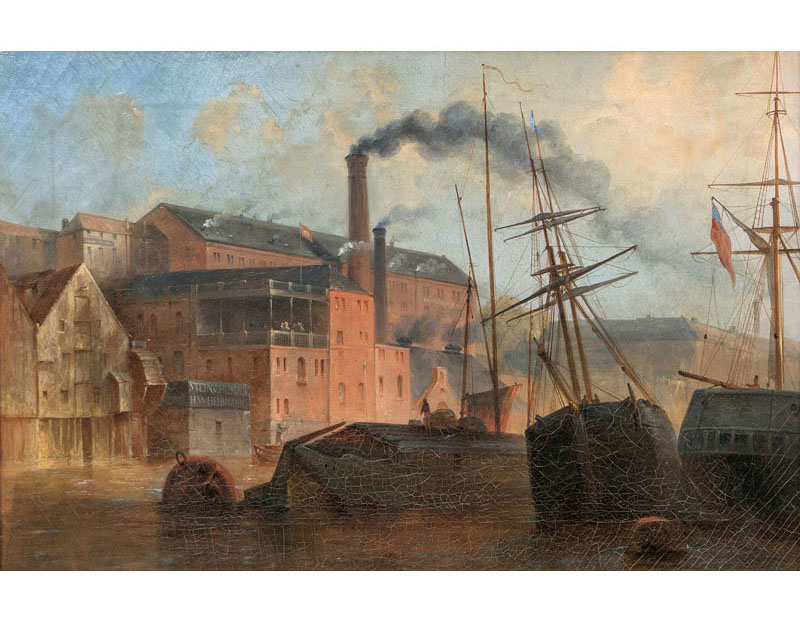 After 1848, oil/canvas, 38 x 57 cm. - Hamburg painter a. graphic artist. V. was taught art in the workshops of C. Suhr in Hamburg a. F. Rosenberg in Altona. Promoted by C. F. von Ruhmohr he studied at the Copenhagen academy under C. W. Eckersberg 1831-33. Thereafter he lived in Munich with Ch. Morgenstern, travelling widely, before returning to Hamburg in 1839. He was co-founder of the 'Hamburger Künstler-Verein von 1832'.