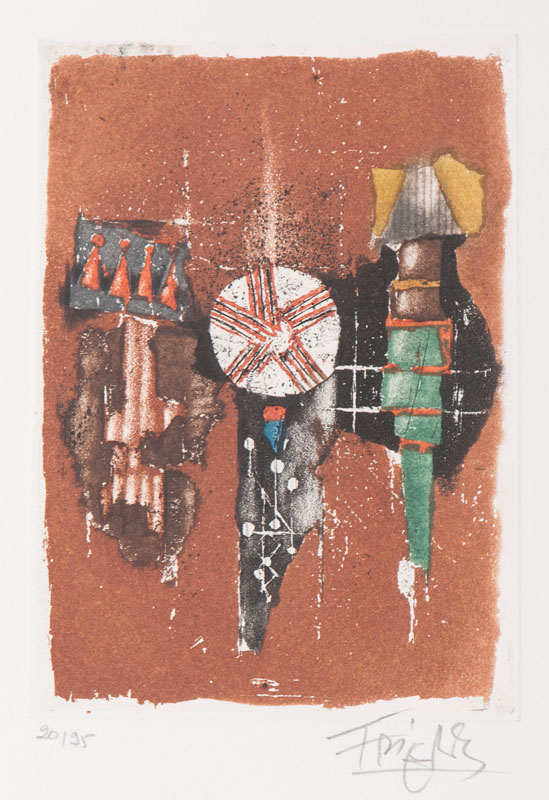 Two portfolios with four etchings in colours each, ca. 22 x 16 and 16 x 11 cm, all prints autographed lo. ri. Friedlaender, num. 37/95 respectively 20/95, in the original portfolios. - F. was one of the most important German graphic artists of the 20th century. F. studied at the Breslau academy under O. Müller a. C. Mense. He emigrated to Paris in 1937. F. received many public commissions, among others by the Unesco. His livetime achievement was honoured with a great retrospective in Dresden in 1980. Among his awards are the Order of Merit of the Federal Republic of Germany a. the Lovis Corinth award.