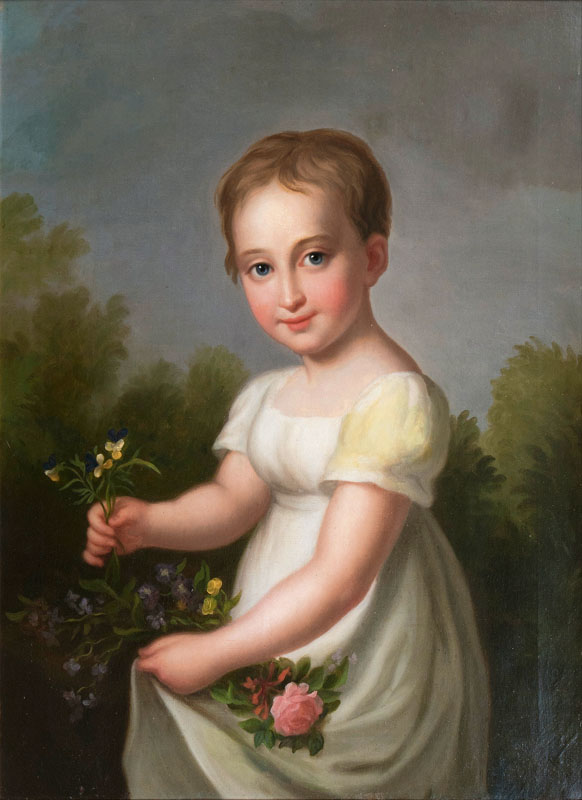 Oil/canvas, 71 x 57 cm, on the stretcher inscribed 'gemalt von Pochmann, Professor bei der Königl. Sächs. Akademie der bildenden Künste in Dresden', some rest. - German history, portrait a. figure painter. P. studied at the Dresden academy under A. Graff, since 1787 he continued his studies in the studio of G. B. Casanova in Dresden. In 1801 he became member of the Dresden academy. During the followin years he travelled Berlin, Paris a. Rome. He became professor in Dresden in 1815 but also worked abroad as a sought-after portrait painter.