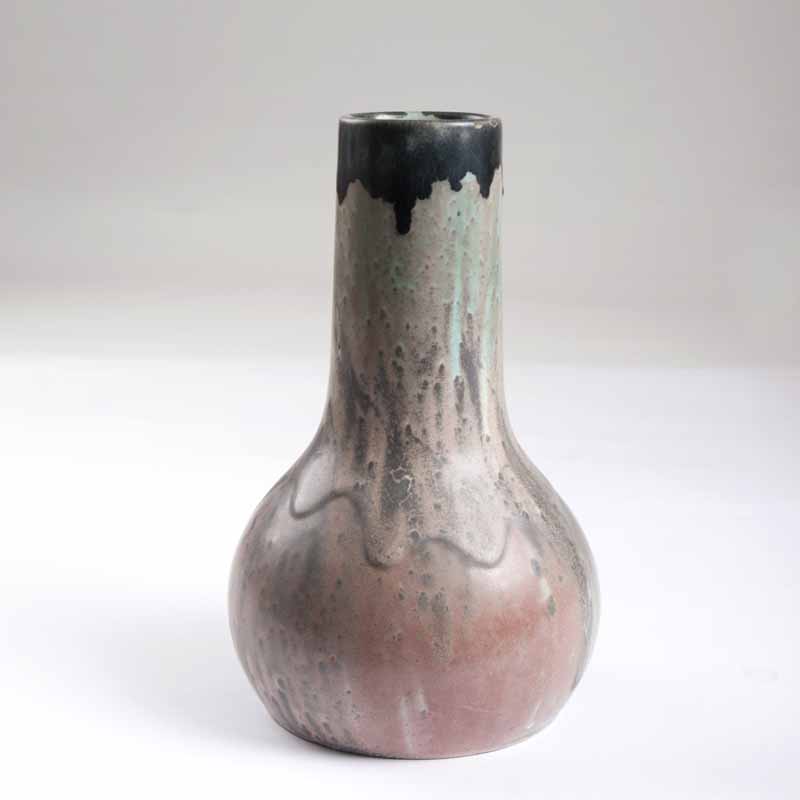 Altona, beginning of 20th cent. Earthenware with matte polychrome flowing off glaze. At the glazed bottom impressed 'MUTZ ALTONA'. Min. chips. H. 22,5 cm. - Literature: See: Hermann und Richard Mutz. Keramik des Jugendstils. Hamburg 2002, S. 97. - The ceramics factory of Hermann and Richard Mutz in Altona ranks as the most important representative of art nouveau in Germany. For some time father and son worked alongside before they split in 1904. While Hermann saw his role as 'master of form' in the manufactory, Richard was engaged in the development of coloured glazes.