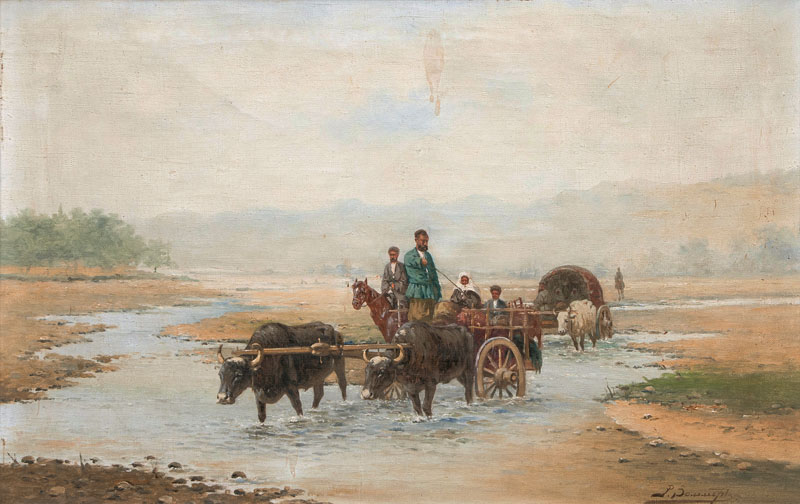 Oil/canvas, 45,5 x 69,5 cm, lo. ri. cyrillic sign. R. Zommer, min. dam. - Russian painter of German origin. Z. won prizes already during his studies at the St. Petersburg academy 1884-93. Since the 1890s he repeatedly accompanied archeological a. ethnological expeditions to middle asia. In 1912 he settled in Georgia, where he became founder a. head of the local art scene. From there he travelled also Azerbaijan a. Armenia.