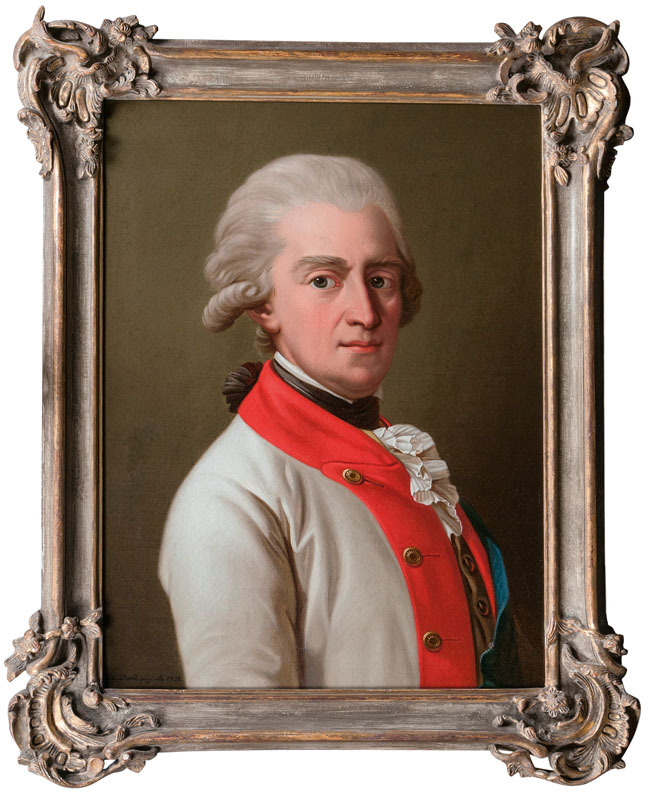 Oil/canvas, 64,5 x 49 cm, lo. le. sign. a. dat. A. Doell pinx. Ao. 1808, some rest. - Friedrich August I was king of Saxony since 1806. - German portrait a. history painter from a family of artists. D. was taught by his father, the painter to the court in Gotha, Hüfner as well as H. Meyer in Weimar. Since 1806 he studied at the Dresden academy under J. Grassi. After 1809 he accompanied his teacher to two long journeys to Italy. Commissioned by Herzog August he founded a drawing school in Altenburg in 1812. D. developed into the leading painter of that town who was very sought-after for his portraits; his house was in the middle of artist life.