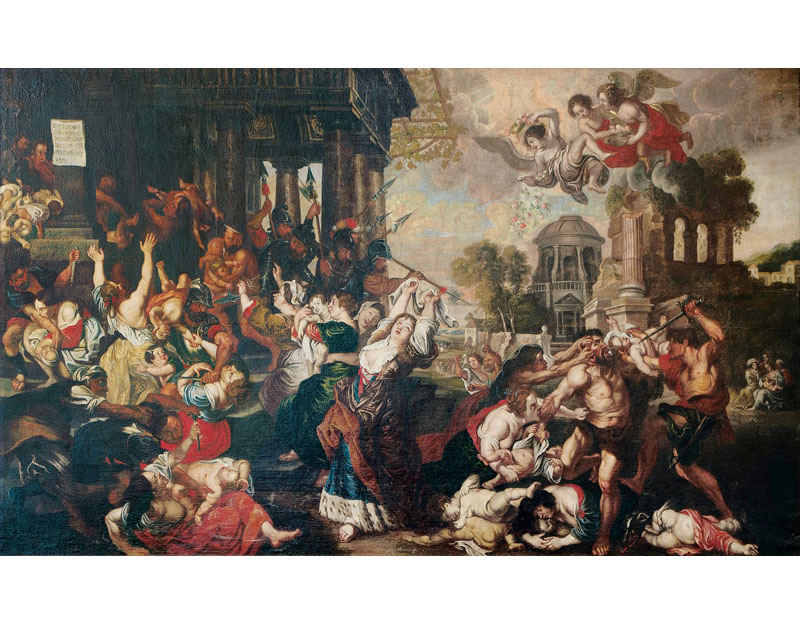 Ca. 1700, oil/canvas, 157 x 261 cm, some rest., relined. - To avoid concurrence of the newborn king, that was announced to him by the Magi, Herodes, according to the Gospel of Matthew, had all male children under two years in Bethlehem murdered. Jesus survived the crime because his father Joseph was ordered in a dream to escape to Egypt. - The painting is a mirror-inverted copy of Rubens' original in the Alte Pinakothek in Munich and not much smaller.