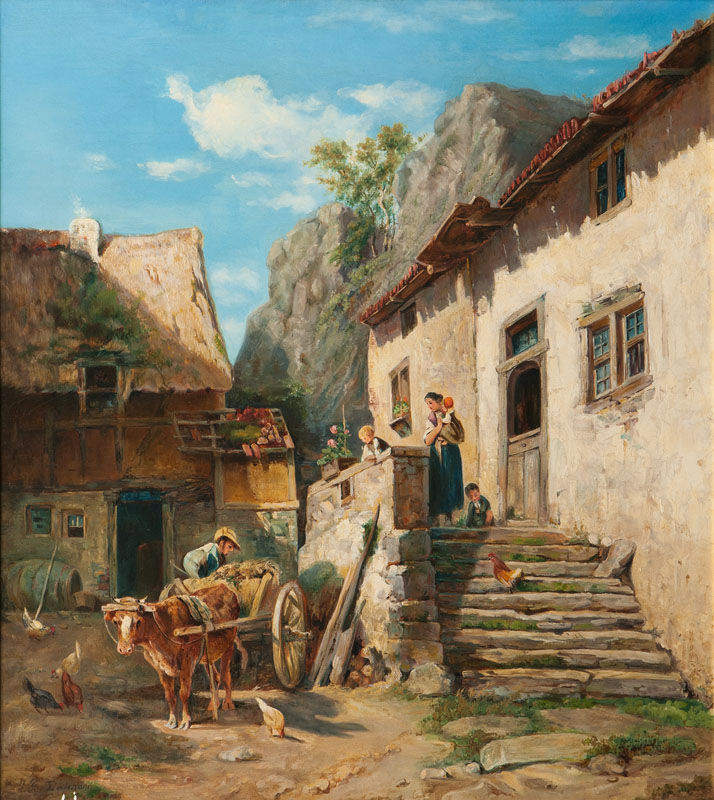 Oil/canvas, 83 x 76 cm, lo. le. sign. J. F. Dielmann. - German painter, draughtsman a. graphic artist, co-founder of the Kronberg artist's colony. D. studied as early as 1825 at the Städelsche Kunstschule in Frankfurt, among others under C. F. Wendelstadt. With a scholarship he could continue his studies at the Düsseldorf academy since 1835 a. was master student of J. W. Schirmer 1837-41. One year later he was granted a studio at the Städelsche Kunstschule in Frankfurt. By the early 1860s he settled in Kronberg as co-founder of the local artist's colony. D. painted many views of the Rhine, Frankfurt a. the Taunus, some of which were internationally spread in graphic reproductions.