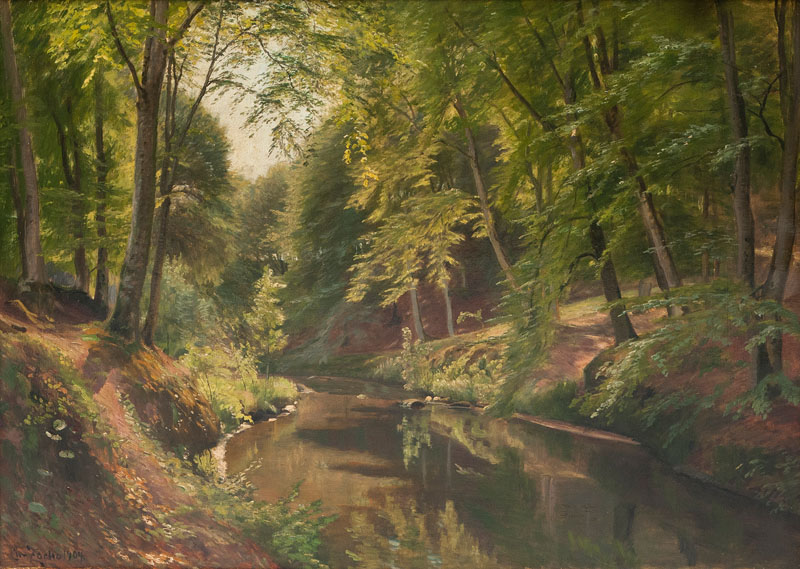 Oil/canvas, 61,5 x 83 cm, lo. le. sign. a. dat. Chr. Zacho 1904. - Copenhagen landscape painter. Z. studied at the Copenhagen academy as well as under Le Cour a. Skovgaard. At the Vienna world fair he knew French painting. He moved to Paris a. attended the painting school of L. Bonnat. He repeatedly returned to France later. As early as 1863 he exhibited in Charlottenborg.