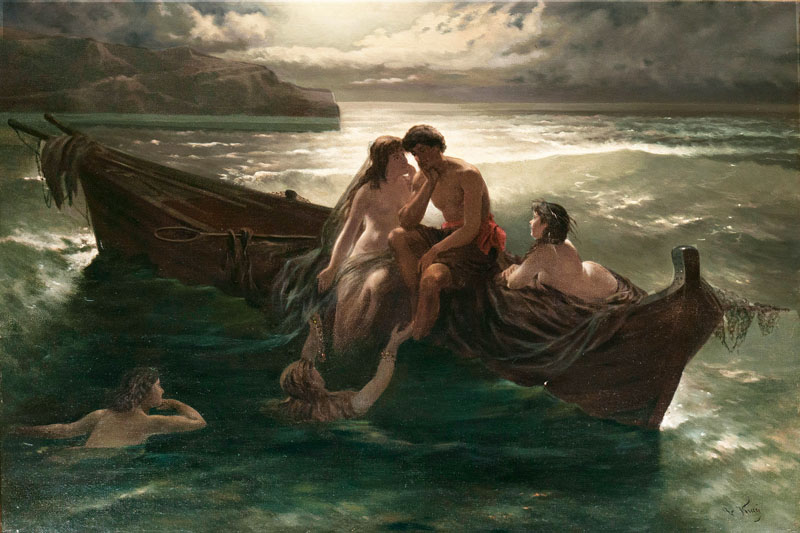 Oil/canvas, 76 x 112 cm, lo. ri. sign. W. Kraÿ, rest. - German painter. K. studied at the Berlin academy under J. Schrader a. W. Schirmer since 1848. In 1859 he shorly worked in Paris, in 1867 he went to Rome a. joined the German artist's colony. Thereafter he lived a. worked in Berlin, Venice, Vienna a. Munich. His best a. most sought-after paintings show romantic settings with mermaids a. nymphs.