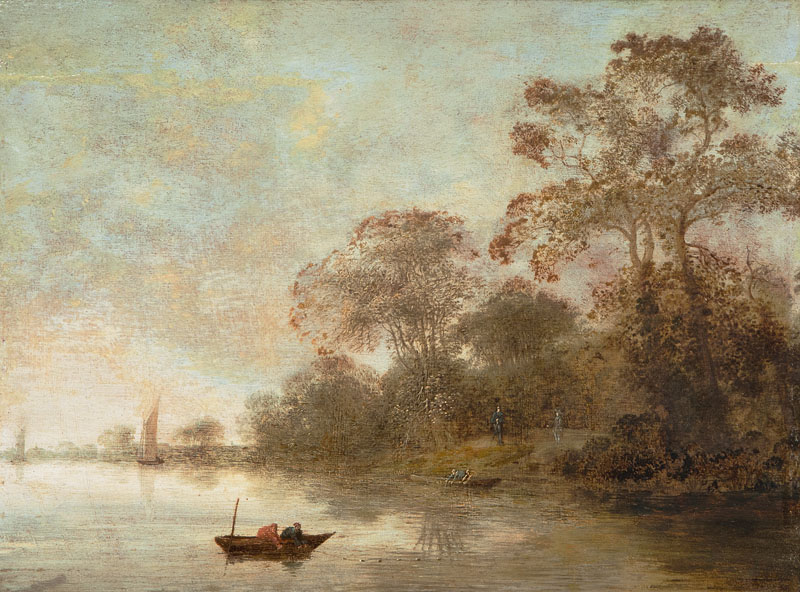 1630s, oil/wood, 32,5 x 44 cm, lo. le. monogr. SvR, some rest. - Expertise: Justus Müller Hofstede, 7th May 1987. - Dutch landscape painter from a family of artists. Nothing is known about his early career; judged by his earliest paintings he might have been a pupil of P. Molijn a. E. van de Velde, influences of J. van Goyen are also obvious. In 1623 he joined the Haarlem's St. Luke's guild, in 1648 he was elected deacon. In 1659 he became mayor of a quarter of Haarlem, a costly office from which the success of the painter may be deduced. His son Jacob Salomonsz. R. continued to paint like his father.