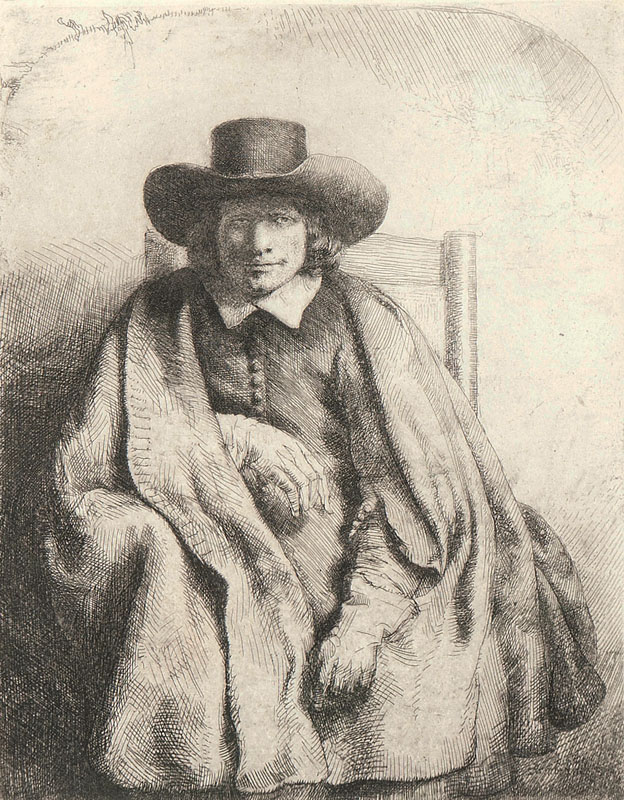 Etching a. dry point, 20,5 x 16,5 cm, lo. ri. in the plate sign. Rembrandt. - Printed probably early 20th cent. - Rembrandt made the likeness of his friend Clement de Jonghe in 1651. He was an editor and dealer of engravings and etchings and came in possession of many of Rembrandt's plates probably even before the artist's death. - Literature: Cat. rais.: Bartsch 272. - One of the most eminent artists of all times. R's. oeuvre covers almost every genre a. sujet. His masterful compositions a. his painting technique with ist distribution of light rich in contrast as well as his colouring influenced generations of artists.