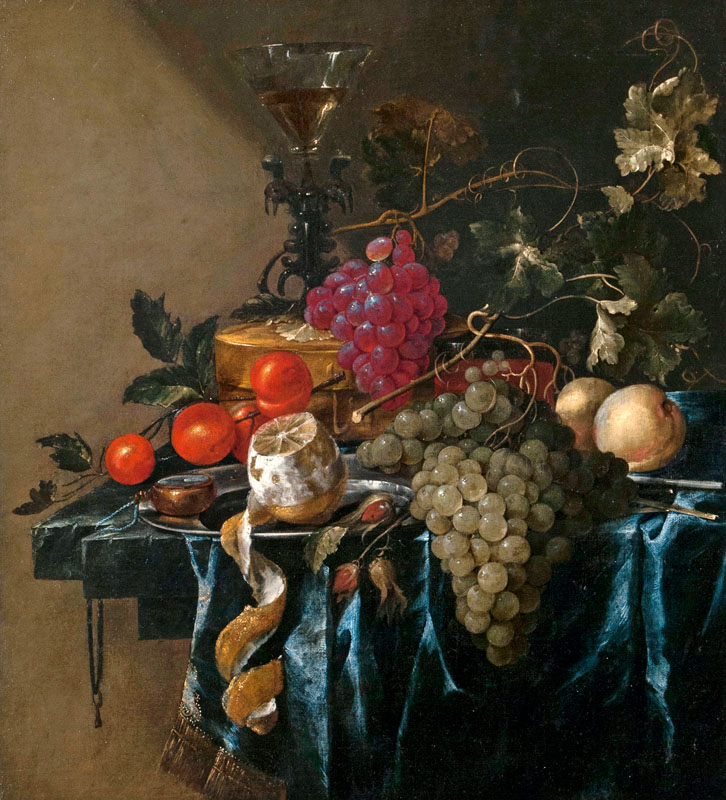 Still Life with Fruits and a Venetian Wine Glass

Oil/canvas, 65 x 60 cm, rest., relined. - Dutch still life painter from an important family of artists. He was probably initially educated in painting by his father, thereafter in the studio of B. van der Ast. In 1636 he became member of the Antwerp St. Luke's guild, since 1699 he worked in Utrecht for some time. His still lifes are among the best achievements of that genre. De Heem often collaborated with other artists a. had many pupils a. followers.