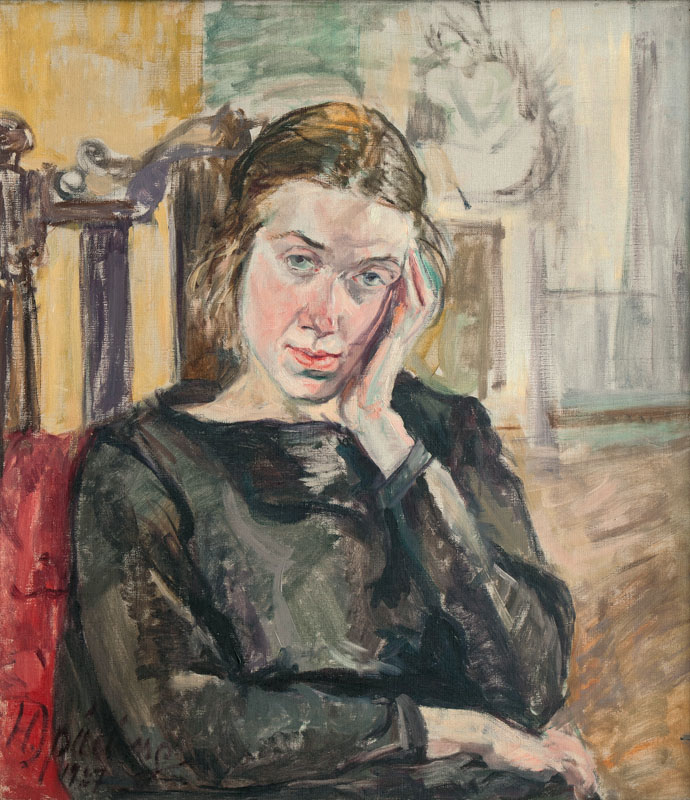 Oil/canvas, 69 x 60 cm, lo. le. sign. a. dat. H. Spielberg 1927, on the reverse as well as on the stretcher estate stamp. - German paintress, worked mainly as portrait painter. S. was pupil of the Altona a. the Hamburg schools of applied arts under A. Illies since 1909. The following year she studied at the Académie de la Grande Chaumière in Paris under C. Castelucho with whom she remained friends for the rest of her life. She travelled Italy, France, Sweden a. the Netherlands. In 1918 she returned to Hamburg. Her later work was influenced by E. Hartmann.