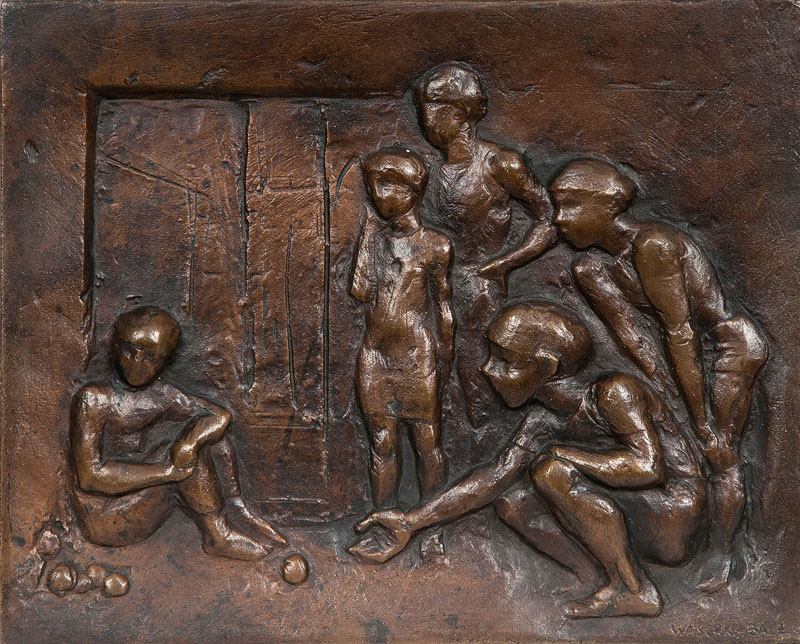 1978. Bronze with brown patina, 16 x 20 cm, bottom right sign. 'Waschk-Balz', sideways foundry mark 'Guss Barth Elmenhorst', dat. '1978' and num. '49/300'. - German sculptress. She began her education at the Stuttgart Academy under U. Günther and R. Daudert. 1964-68 she continued her studies at the Hamburg Academy under Gustav Seitz. Since the early nineties she began to work with ceramics, later she tried to combine drawings and sculptures. She composed numerous works for the public space, for example the fountain at the Großneumarkt in Hamburg or the memorial for the former synagogue in the Oberstraße, Hamburg. The sculptress is lives and works in Hamburg. Comp.: Der Neue Rump et al.