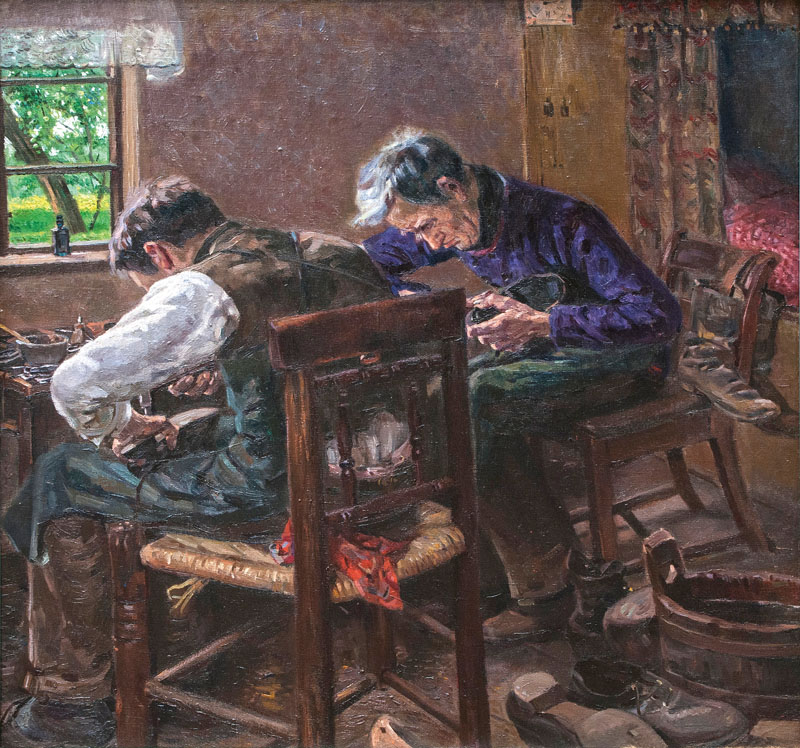 Oil/canvas, 90,5 x 89 cm, on the reverse inscribed a. dat. 'A. Rée 1904 Schusterwerkstatt Hittfeld'. - R. is one of the most eminents artists of Hamburg. She began as pupil of A. Siebelist, one of the most important painting teachers in Hamburg at that time. Since 1910 she shared a studio with F. Nölken a. F. Ahlers-Hestermann. In 1912 she took lessons with F. Léger in Paris. R. was co-founder of the Hamburg secession a. the 'Gedok'. She was also a sought-after portrait painter. Being harrassed by the Nazis she died isolated on the island of Sylt in 1933.