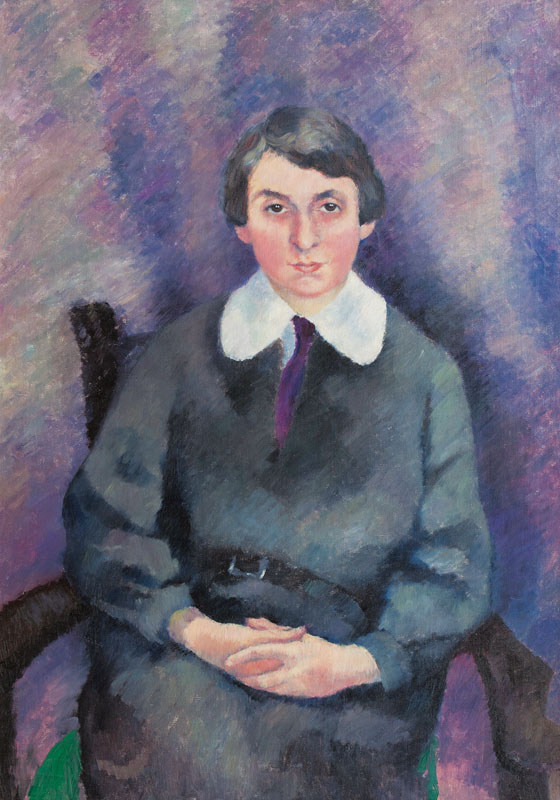 Oil/canvas, 105 x 75 cm. - Hamburg portrait a. landscape paintress, after moving to Hamburg from Prague in 1920 she shared a studio with G. Schaeffer, Ch. Rudolph u. H. Spielberg the last of which she accompanied on a journey to Paris a. South France, later she travelled also to Italy a. Amsterdam, suffering increasing repressions by the Nazi regime she committed suicide on the day before her deportation.