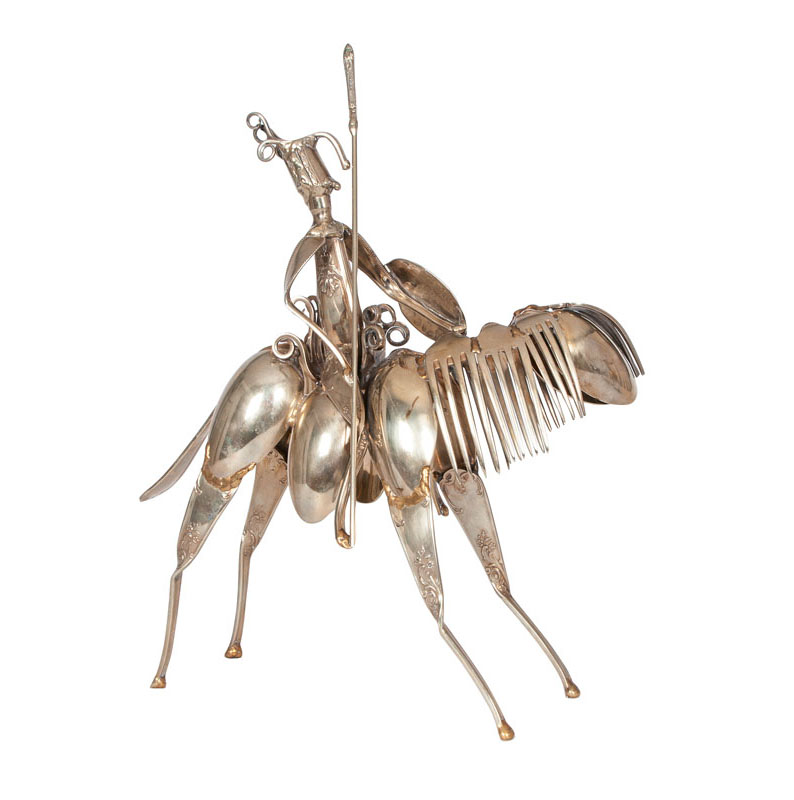 Place a bid for "A cutlery sculpture 'Don Quijote'":