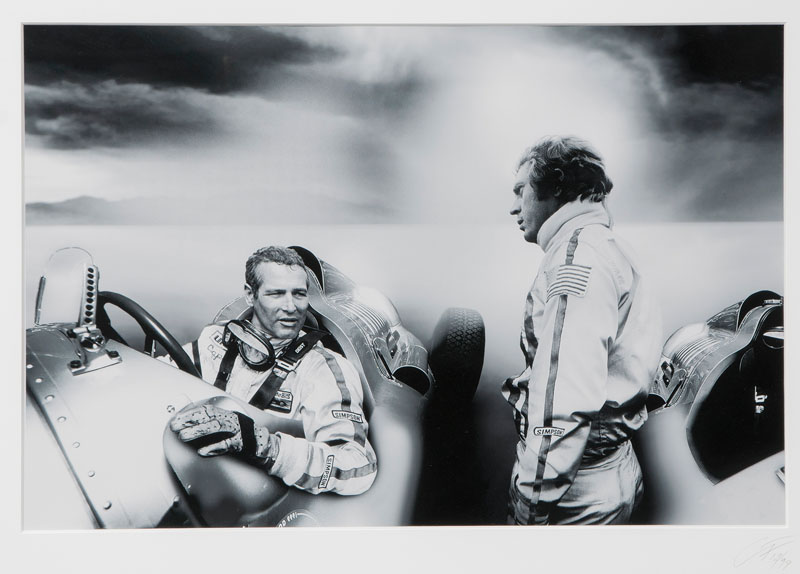 Photograph, 30 x 54 cm, on the passepartout. lo. ri. monogr. a. num. CA 12/99, framed under glass, uninspected out of frame. - With certificate of the artist from 2009. - Photographer a. writer. C. worked in New York as art director as early as 1975, shortly after he met Andy Warhol a. was published in 'Interview'. In 1980 Joseph Beuys painted over one of his works. Among his clients are international concerns as well as Hollywood stars. His works are in important collections all over the world, among others in the collections of Muhammed Ali a. Begum Aga Khan.