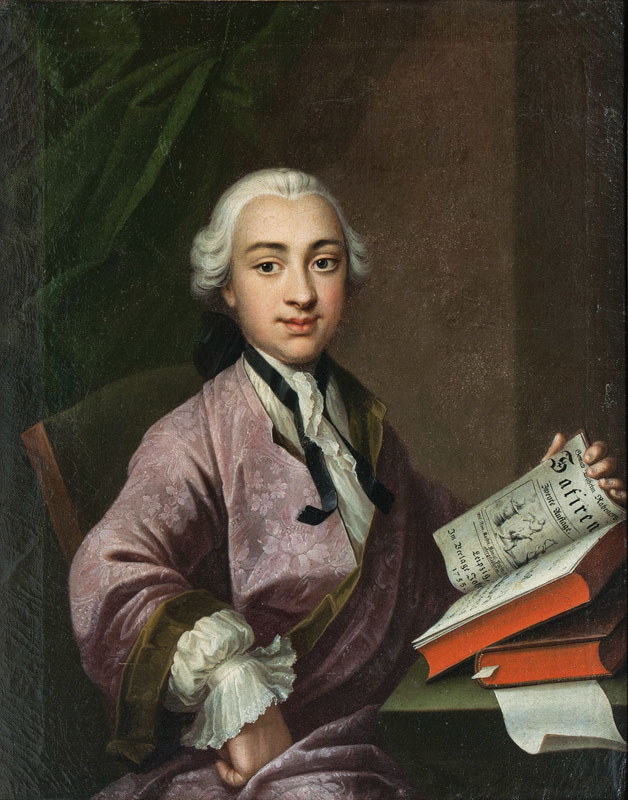 Oil/canvas, 59,5 x 47 cm, min. rest. - Expert report: Helmut Börsch-Supan, Berlin 8.3.1995, copy. Thus the painting was made shortly after 1755. - Z. is one of the great rococo portrait painters. Z. descended from a family of artists a. was trained by his father in Copenhagen. He lived in Frankfurt a. Mannheim before becoming painter to the court in Zweibrücken in 1757. Three years later he took up the same job in Hannover. He was often put on leave to work for other courts, e.g. in Brunswick, Dresden, Den Haag a. Copenhagen. Z. was the only artist to portrait Frederick the Great from the live model. - Mus.: Berlin (Nat. Gall.), Den Haag (Mauritshuis), Hannover (Herrenhausen a. others), Copenhagen (Statens Mus. f. Kunst), Heidelberg, Speyer a. others.