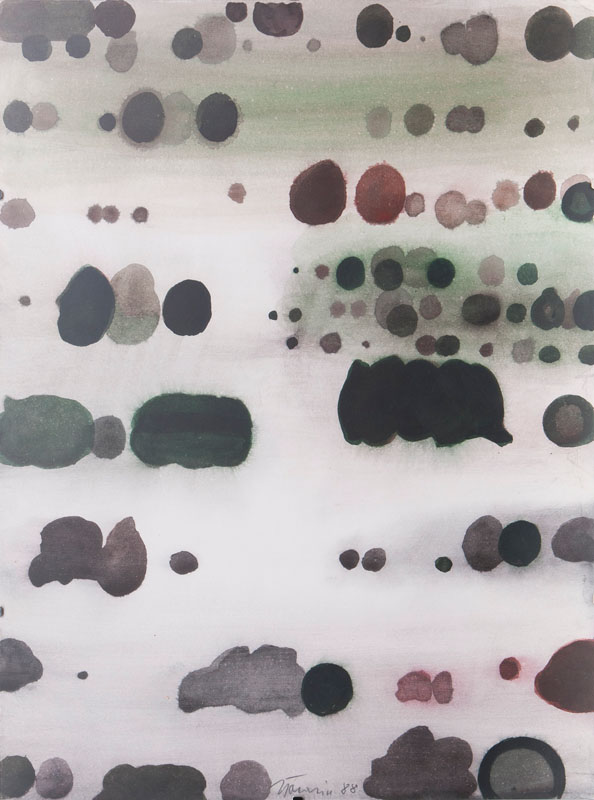 Watercolour, 40 x 30 cm, lo. middle sign. a. dat. Tarasin 88, on the reverse indistinctly titled in Polish, sign. a. dat. again as well as stamped exportation admission, framed under glass. - Polish abstract painter, graphic artist, illustrator a. art essayist. T. studied 1946-51 at the Cracow academy under Z. Rudnicki, Z. Pronaszko u. W. Taranczewski. 1963-67 he was teacher at the same academy. He moved to Warsaw in 1967 where he became professor in 1985 a. head of the academy in 1987. T. won numerous awards, among others 1960 at the Warsaw graphic biennale a. 1964 in Tokyo. He was awarded the Gloria Artis medal in 2005.