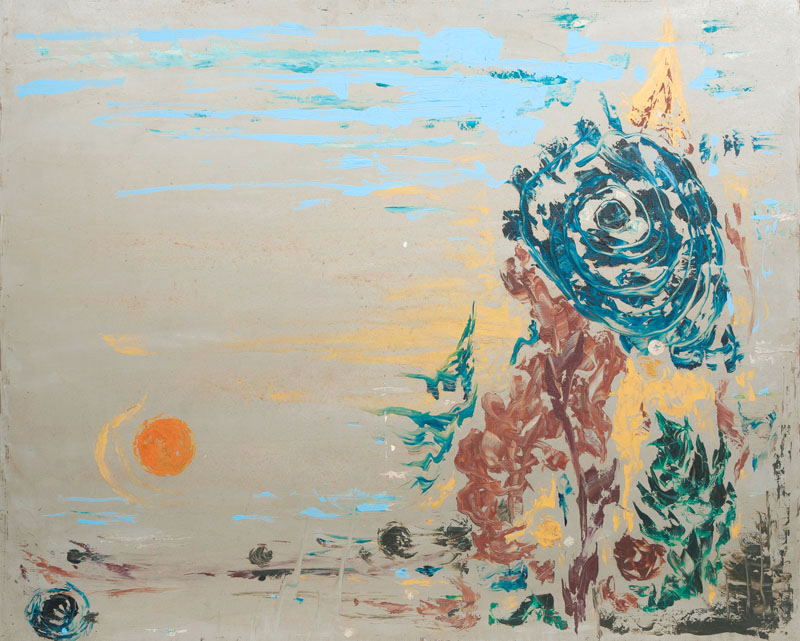 Oil/masonite, 81 x 100 cm, on the reverse sign. Thilo, dat. 6.1.67, titled as well as num. 1315, unframed. - Autodidactically trained constructivist, who studied further in the studios of W. Kandinsky, P. Klee a. L. Moholy-Nagy at the Bauhaus a. met K. Schwitters, in 1925 he joined the Berlin 'Novembergruppe', in 1927 he exhibited at at the Berlin 'Sturm'-Galerie of Herwarth Walden, during the Nazi era he was held 'degenerate', in 1981 he also exhibited in New York.