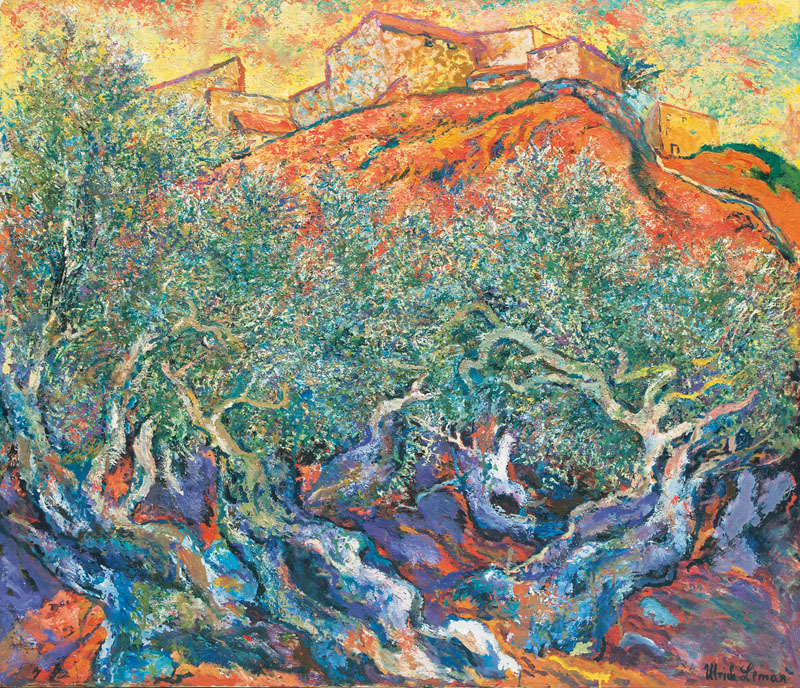 Öil/canvas, 90 x 100 cm, lo. ri. sign. Ulrich Leman, on the reverse titled 'Abend in Olivenwäldern von S' on Bauzán', sign. again as well as insribed Mallorca Can Pelat. - German painter of the 'Rheinischer Expressionismus'. L. grew up in Danzig a. studied at the Düsseldorf academy. He was master student of H. Nauen a. member of the progressive artist's group 'Junges Rheinland'. After living in Greece for some time he moved to Mallorca in 1929. L. won numerous awards a. exhibited all over the world, among others with Macke, Klee, Feininger, Heckel u. Schmidt-Rottluff, but as a painter of the so called 'Lost Generation' he had to be rediscovered after WW II. - Mus.: Düsseldorf, Gießen, Essen, Den Haag, Danzig, Breslau, Stettin. - Lit.: Vollmer, Am Anfang: Das Junge Rheinland u.a.