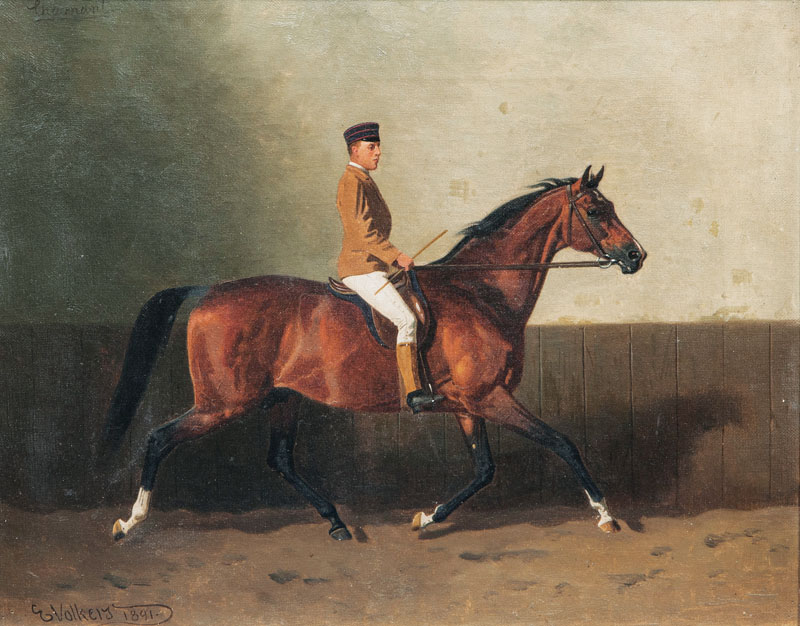 Oil/canvas, 33,5 x 42 cm, lo. le. sign. a. dat. E. Volkers 1891, on the stretcher titled as well as inscribed 'R. Schmieder - O. Schmieder'. - German horse a. figure painter. V. studied at the Dresden academy E. W. Rietschel a. J. Schnorr von Carolsfeld a. continued his studies since 1852 at the Munich academy under the animal painters A. a. F. Adam. He settled in Düsseldorf in 1857 a. joined the artist's group 'Malkasten'. He was promoted by Carol I of Romania a. in 1867 was appointed painter to the Romanian court. Besides horses he painted subjects from the Romanian folk life. - Mus.: Cologne (Wallraf-Richartz-Mus.), Wiesbaden, Riga. - Lit.: Boetticher, Thieme-Becker, Bénézit a. others.