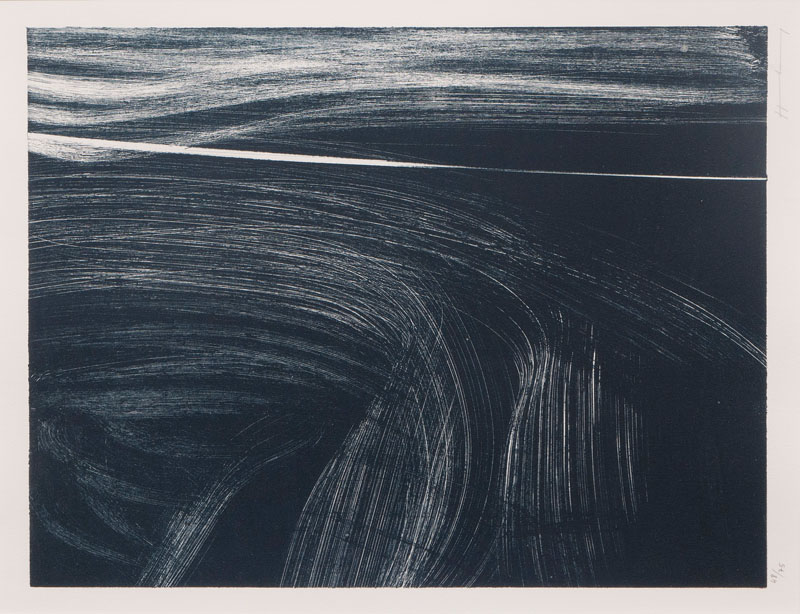 1977, lithograph, 51,5 x 40 cm, lo. ri. autographed Hartung, lo. le. num. 48/75, matted a. framed under glass, uninspected out of frame. - German-French main exponent of informel. H. studied at the Leipzig Hochschule für Graphik u. Buchkunst since 1925, as well as in the studio of M. Doerner in Munich. Thereafter he lived in Menorca a. Paris with his wife Anna-Eva Bergmann. In WW II he fought for France in the French Foreign Legion a. lost a leg. After the war H. developed into one of the most important artists of informel. His works were among others exhibited at the Documenta I to III. He was awarded the Rubens priz, the great prize of the Venice biennale, the Kokoschka prize, the Bundesverdienstkreuz, he was also member of the legion of honour. - Lit.: Vollmer. u.a.