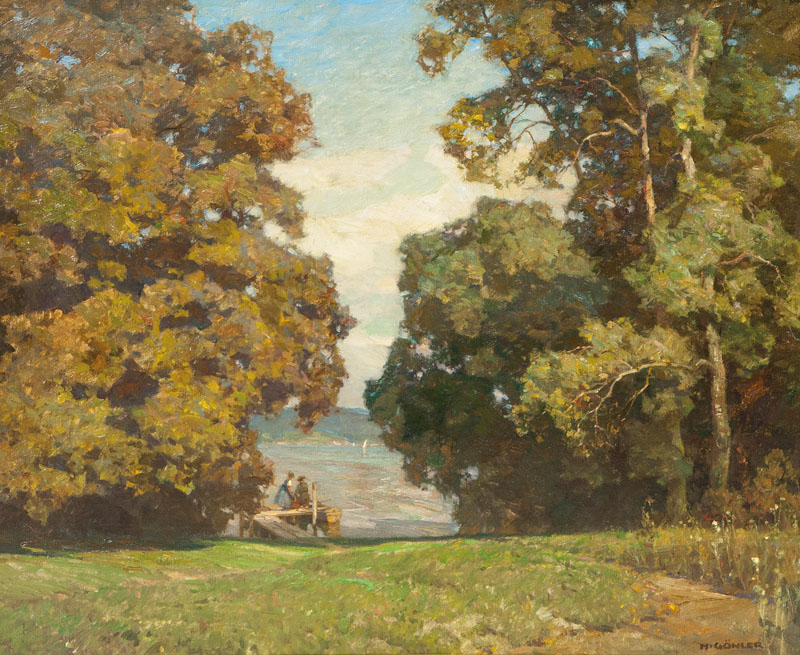 Oil/canvas, 74 x 86,5 cm, lo. ri. sign. H. Göhler, on the stretcher titled 'Septembertag am Starnberger See' as well as dat. 1946. - German landscape painter a. designer. G. studied 1889-94 at the Munich a. Karlsruhe art schools, among others under C. Grethe. He continued his studies, among others as master student of F. Keller, at the Karlsruhe academy where he became professor himself in 1914. His oeuvre is dominated by park views showing man a. nature in harmony. - Mus.: Karlsruhe. - Lit.: Saur, Thieme-Becker, Vollmer.