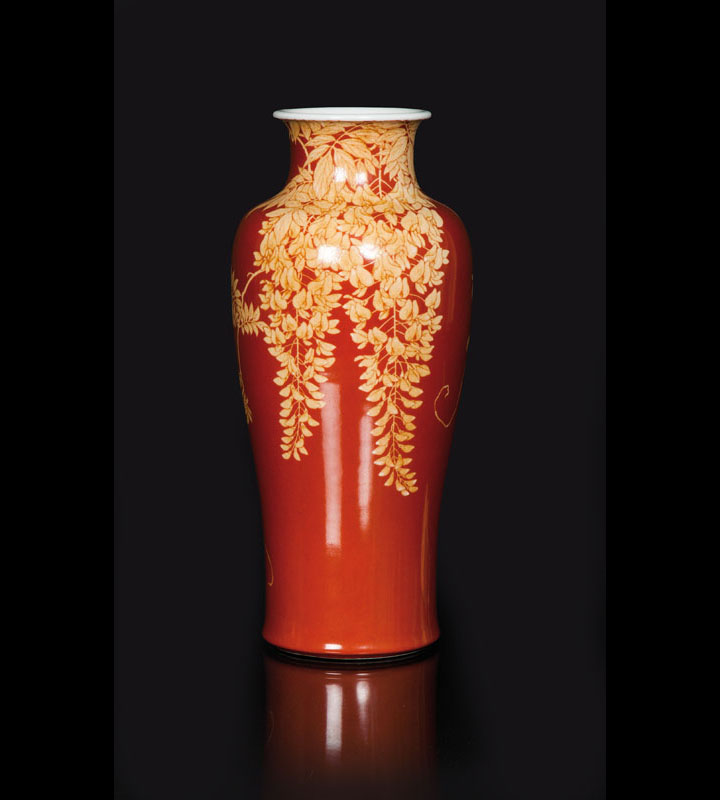 Japan, c. 1900. Porcelain, polychrome glazed. Decorated with blossoming wisteria. Five-character mark 'Makuzu Kozan sei'. Min. hairline fissure. H. 37,5 cm. - Compare to a vase with a nearly identical motiv in The British Museum, London, no. '1980,0514.6'. - appointed artist to the Japanese Imperial household and one of the greatest potters of the Meiji Era. He came from a long line of potters based in Kyoto and took over the family business in 1860. In 1870 he opened a workshop in Yokohama and seems to have arrived at his artistic height during the 1880s. Pieces signed "Makuzu Kozan" in various hands seems to have been made right up until the first decades of the 20th century. - Lit.: Clare Pollard, Master Potter of Meiji Japan: Makuzu Kozan (1842-1916) and his workshop, Oxford, 2003.