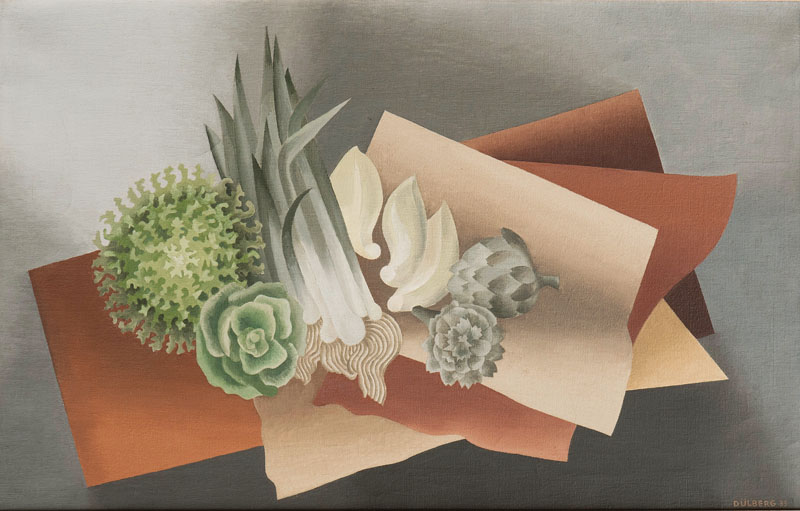 Oil/canvas, 37 x 58 cm, lo. ri. sign. a. dat. Dülberg 33, on the backing cardboard artist's stamp as well as titled 'Gemüse' a. inscribed Paris 1933. - This early chief oeuvre from the time of D. worked in the studio of A. Ozenfant is published in: Peter Dülberg, Staatliche Kunstsammlungen Kassel, exhibition 4.8.-30.9.1979, ill. 1. - German painter a. graphic artist, son of the graphic artist Ewald. D. He studied in Weimar since 1926 a. worked as stage designer a. as assistant director in Berlin. 1930-32 was trained as lithographer in Hamburg, thereafter he could continue his studies under A. Ozenfant in Paris with a scholarship. The major part of of realist-symbolist oeuvre painted in Hamburg since 1933 was lost in WW II. Since 1940 D. was banned from exhibiting. He moved to Stuttgart where he also worked as editor. - Mus.: Stuttgart, Albstadt, Sindelfingen, Milwaukee. - Lit.: Saur, Der Neue Rump.