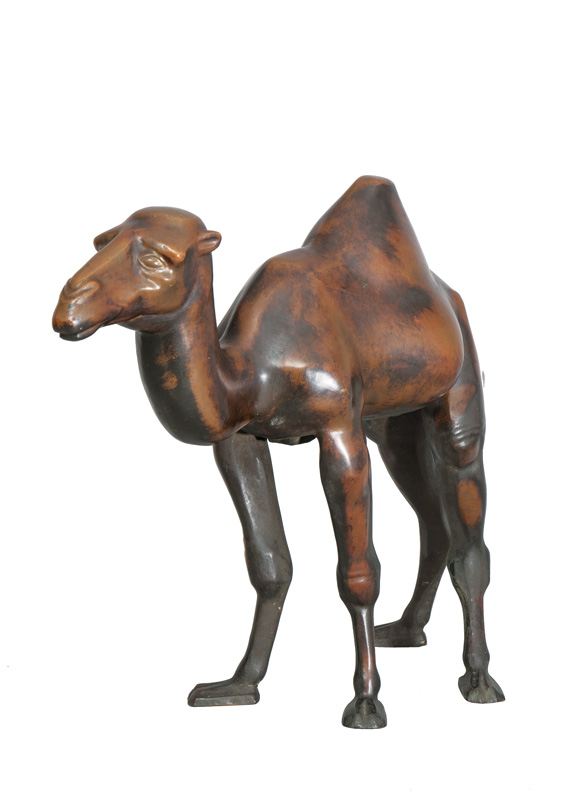 Bronze with brownish patina, h. 37,5 cm, l. c. 49 cm. - Since 1925 Philipp Harth devoted almost exclusively of animal sculpture. Fascinated he watched a camel in the Roman Campagna. Since then he counts the 'Dromedary' his favorite animals whose character and enigmatic being always impressed him. The first bronze dromedary he moulded in 1927. Lit.: Boeck About the Plastic with Philipp Harth. - German sculptor, studied in Mainz and Karlsruhe. Since 1925 Harth devoted entirely to animal sculpture, which he created in wood, stone and bronze. Numerous awards and prizes, i.a. 1935 the Villa Romana Prize from the German Association of Artists and in 1937 the Grand Prix with Gold Medal of the International Art Exhibition in Paris. A lot of his works are in public places, like in Mainz, Mannheim, Berlin, Hamburg, Dusseldorf and Essen Grugapark.