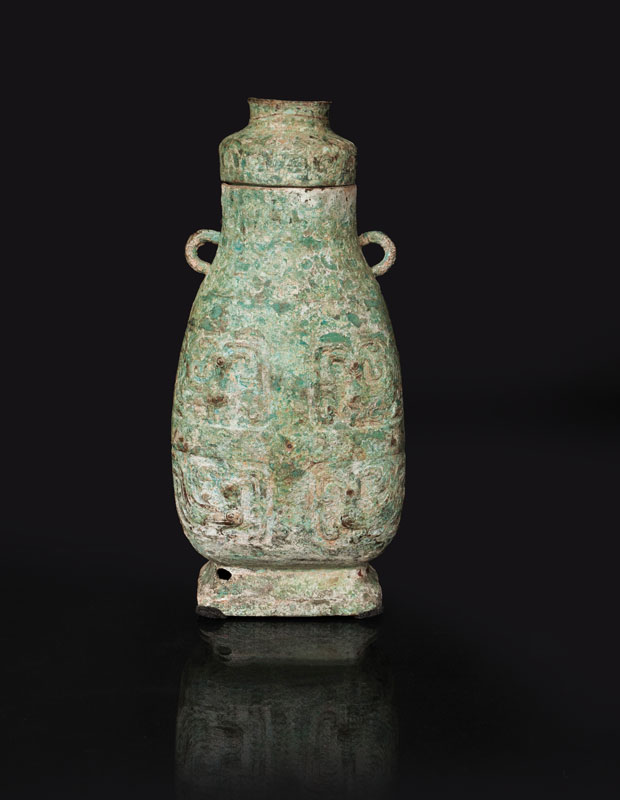 China, probably late Zhou-dynasty (ca. 5th/4th cent. BC). Green patinated bronze, partly with traces of corrosion. Bellied, four-sided shape with circular neck and domed cover. At both sides of the neck a small loop-handle. Both sides of the wall with archaic 4-sectional motif, depicting stylised mythical creatures. The neck and cover with scale-relief. H. 35, 5 cm. - Regarding the development of the scale pattern see a pair of bronze wine vessels in the coll. Of the Shanghai Museum: Xiejung (Hg.), Shanghai Museum, Hong Kong 2007, S. 34. - Prov.: From a European private coll. And min. since the beg. Of the 20th cent. In the estate of the family.