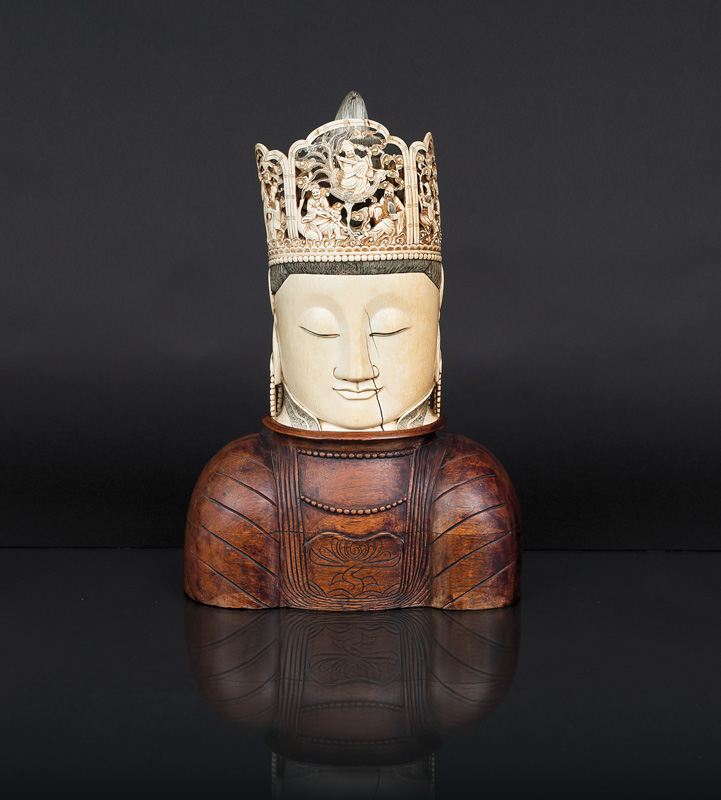 China, around 1900 (late Qing-dynasty 1644-1911). Carved and partly black-tinted ivory. Tall head of the bodhisattva Guanyin, following the natural form of the tusk. Crowned by a fretwork-headdress with depictions of the Taoist Immortals. The wooden base in figural shoulder-form, probably made of nanmu wood. The bottom with six-character Chenghua-mark. Ivory with aridity crack, due to its age. Overall h. 44 cm, h. of the head 29 cm.