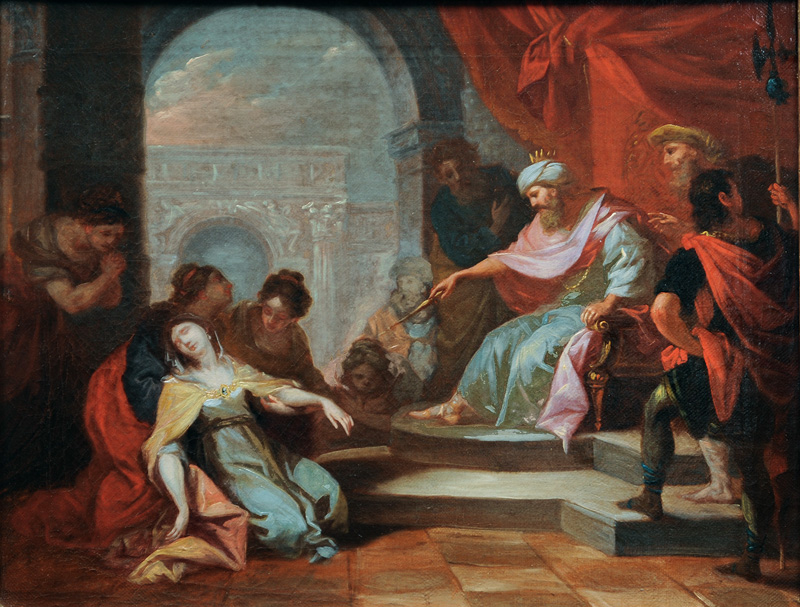 Oil/canvas, 31,5 x 40 cm, min. rest., relined. - Expert report: Ugo Ruggeri, Venice. According to that the work dates from the 1770s. - The intervention of Esther with the Persian king Ahasver avoided a pogrom planned by Ahasver"s courtier Haman. This happy ending is still celebrated by Jews with the Purim feast. - Italian painter a. stage designer, like his brother Antonio D. he was initially trained by their father Gaspare D., thereafter by G. Zompini, by the end of his life he was in contact with A. Canova. - Mus.: Treviso, Udine, Cividale. - Lit.: Saur, Thieme-Becker, Bénézit.