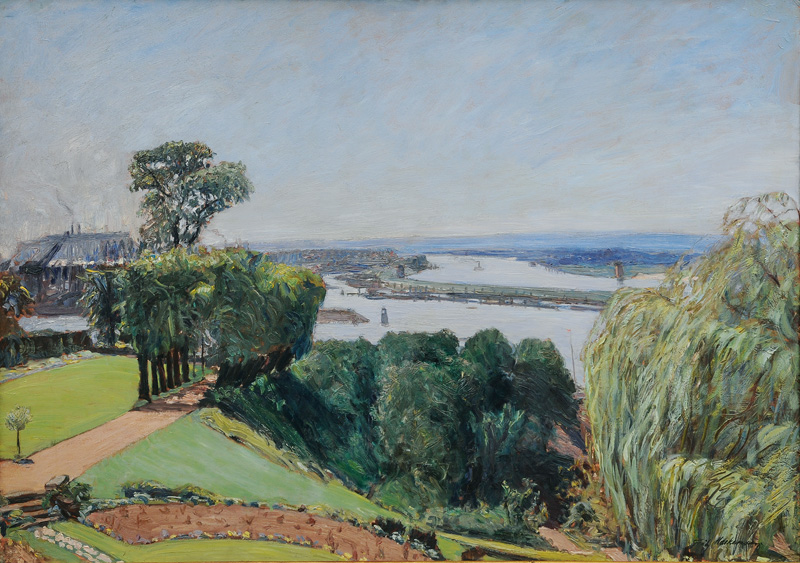 Ca. 1915, oil/cardboard/wood, 75,5 x 105 cm, lo. ri. sign. Fritz Mackensen. - We are grateful to Dr. Ulrike Hamm for her kind assistance. - German landscape a. figure painter, co-founder of the Worpswerde artists colony, together with O. Modersohn a. F. Overbeck he studied since 1884 at the Düsseldorf academy under P. Janssen, thereafter at the Munich academy under W. v. Diez a. F. A. v. Kaulbach, in 1889 together with Modersohn a. H. am Ende he founded the Worpswede artists colony, he was the teacher of P. Modersohn-Becker since 1898, in 1910 he became director of the Weimar academy but returned to Worpswede in 1918, in 1934 he was founding director of the Bremen academy, in 1941 he was decorated with the Goethe medal. - Mus.: Worpswede, Bremen, Weimar, Hannover, Oldenburg. - Lit.: Thieme-Becker, Vollmer, Bénézit.