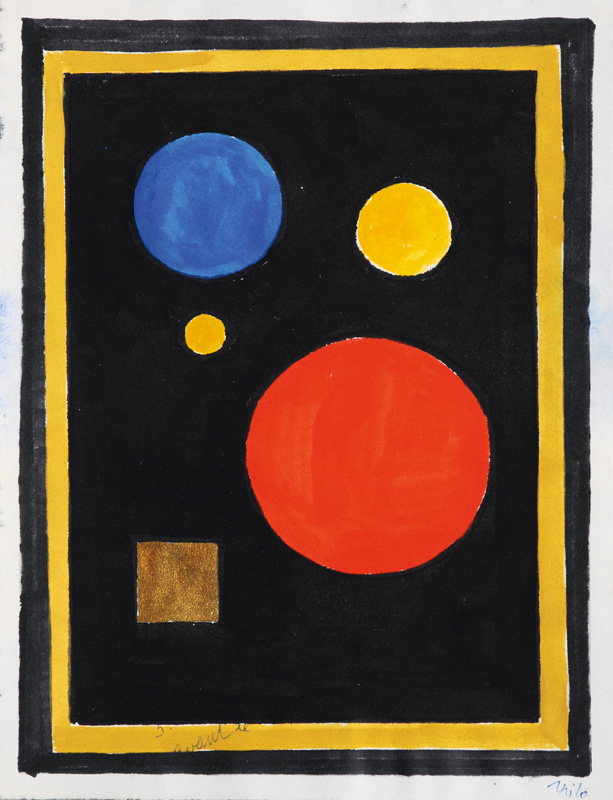 Watercolours, 28 x 21 cm, each painting lo. ri. sign. Thilo, framed under glass, uninspected out of frame. - Autodidactically trained constructivist, who studied further in the studios of W. Kandinsky, P. Klee a. L. Moholy-Nagy at the Bauhaus a. met K. Schwitters, in 1925 he joined the Berlin "Novembergruppe", in 1927 he exhibited at at the Berlin "Sturm"-Galerie of Herwarth Walden, during the Nazi era he was held "degenerate", in 1981 he also exhibited in New York.