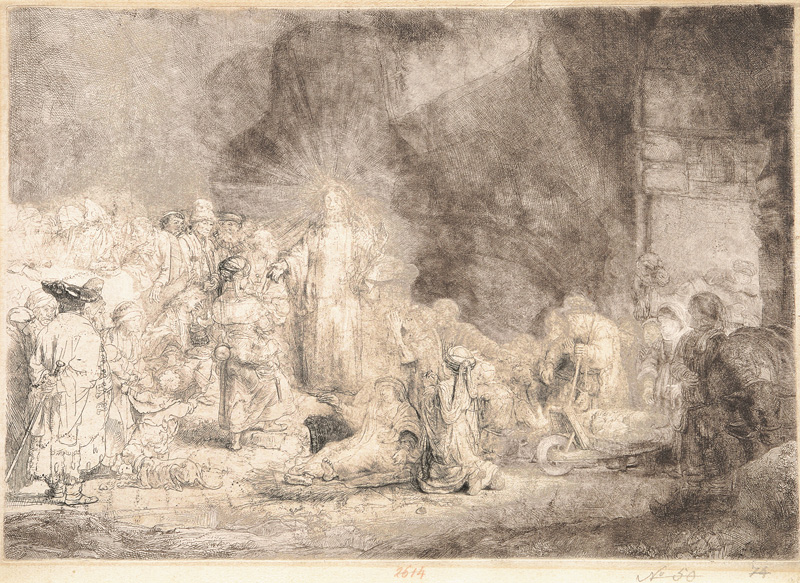 Etching a. drypoint/laid paper, 27,5 x 39,5 cm, on the reverse collector"s stamp Prince of Lichnowsky (Lugt 1707), trimmed outside the plate marks, min. mat burn. - Cat. rais.: Bartsch 74 II. Print before the reworking of the plate by William Baillie in 1775. - The so called Hundred Guilder Print is a chief work in Rembrandts graphic oeuvre. It"s name alludes to the high price that was paid for it allegedly already during Rembrandts lifetime. - One of the most eminent artists of all times, his oeuvre comprises almost every genre a. sujet, his masterful compositions a. his painting technique with ist distribution of light rich in contrast as well as his colouring influenced generations of artists. - Mus.: In important collections all over the world. - Lit.: Thieme-Becker, Bénézit a. others.