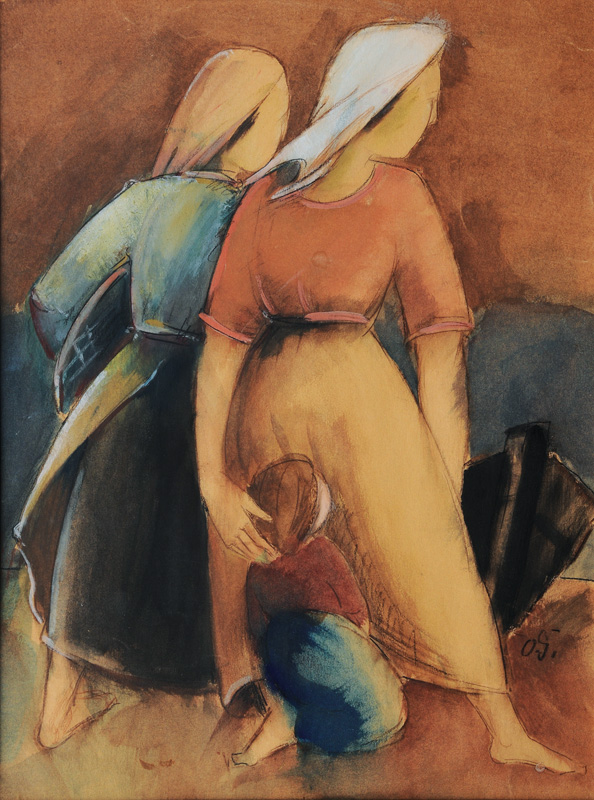 Watercolour, 53 x 40 cm, lo. ri. monogr. O. G., matted a. framed under glass, uninspected out of frame. - Austrian painter of Polish origin, studied at the Wroclaw a. Weimar academies, among others under L. Corinth, made friends with O. Kokoschka a. M. Chagall, since the 1920s he regularly painted in the Courland Spit region but also travelled the Netherlands, Finland, Italy a. Spain, in 1926 he was awarded the Dürer prize of the city of Nuremberg, in 1927 he exhibited together with E. Heckel a. K. Schmidt-Rottluff, until 1937 he exhibited with the Berlin secession, in 1941 he moved to Vienna where he became professor in 1949. His lyrical landscapes are in the tradition of the "Brücke" artist"s group but more restrained in colour. - Mus.: Berlin (Nat.-Gal.), Wien (Albertina), Hamburg, Darmstadt (Mathildenhöhe), Prag. - Lit.: Saur, Vollmer a. others.