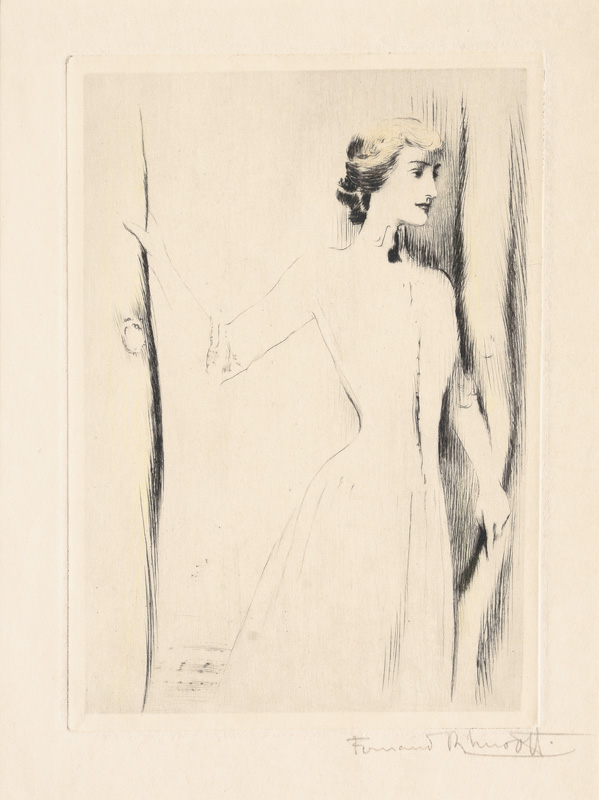 Drypoint, 17 x 12 cm, lo. ri. autographed Fernand Khnopff, mounted on cardboard, unframed. - Belgian painter, graphic artist, sculptor, photographer a. writer, besides J. Ensor the most important exponent of Belgian symbolism, began studying law before he inscribed at the Brussels academy, travelled France a. England where he saw paintings of the Pre-Raphaelites, in 1878 he continued his studies at the Paris Académie Julian under J.-J. Lefebvre a. G. Boulanger, in 1883 he was among the co-founders of the Société des Vingts in Brussels, since he exhibited for the first time at the Paris Salon in 1884 he soon became a sought-after artist, he made friends with the English symbolists E. Burne-Jones a. F. M. Brown, his paintings shown at the Vienna secession on its first exhibition in 1898 made great impression among others on G. Klimt. - Paris (Musée d"Orsay), Wien (Albertina), München (Neue Pinakothek), Florenz (Palazzo Pitti), Budapest a. others. - Lit.: Thieme-Becker, Bénézit a. others.